St. Mirren will play host to defending Scottish Premiership champions Rangers at the SMISA Stadium in the final round before the play-off stages. Rangers suffered a 1-2 defeat against Celtic in the previous round, and this has lowered their hopes of retaining the title. Celtic have now extended their lead to six points at the top of the table with only six matches remaining. On the other hand, St. Mirren have lost back-to-back games in the league but have 12 points more than the last ranked team. Both teams will look to return to winning ways when they face each other. 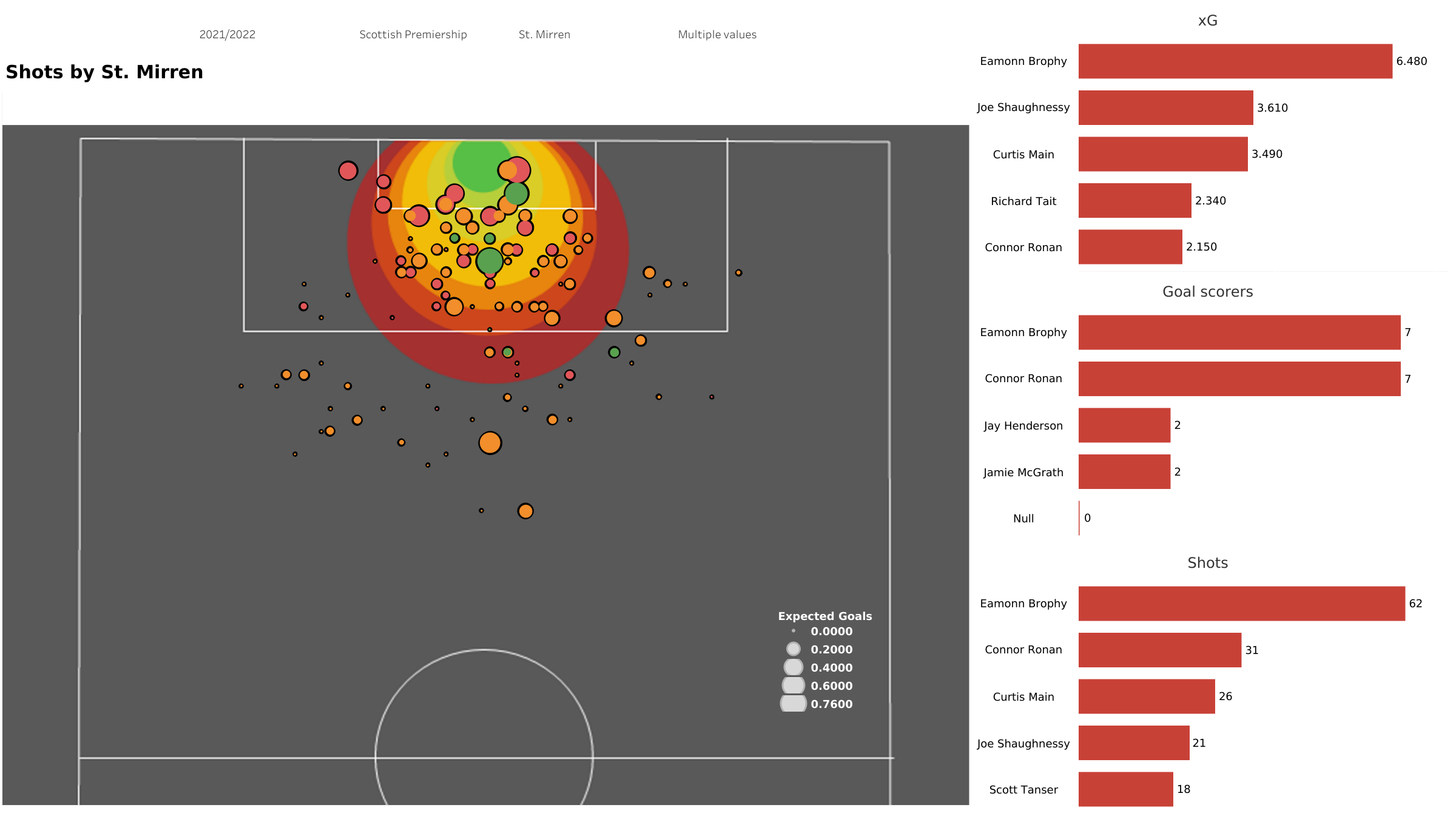 St. Mirren players have attempted 293 shots and average 8.86 shots per 90 minutes. Of these 293 shots, 103 of them were on target. The home team attempted 165 shots from inside the opposition’s penalty box, and 67 of them were on target. The above viz shows all the shots attempted from set-pieces except the penalty spot. By looking at the above viz, we can observe that St. Mirren players have scored six goals from set-pieces. Few of the shots have been attempted from inside the opposition’s 6-yard box. Eamonn Brophy has attempted the most shots and is their joint-highest goalscorer. 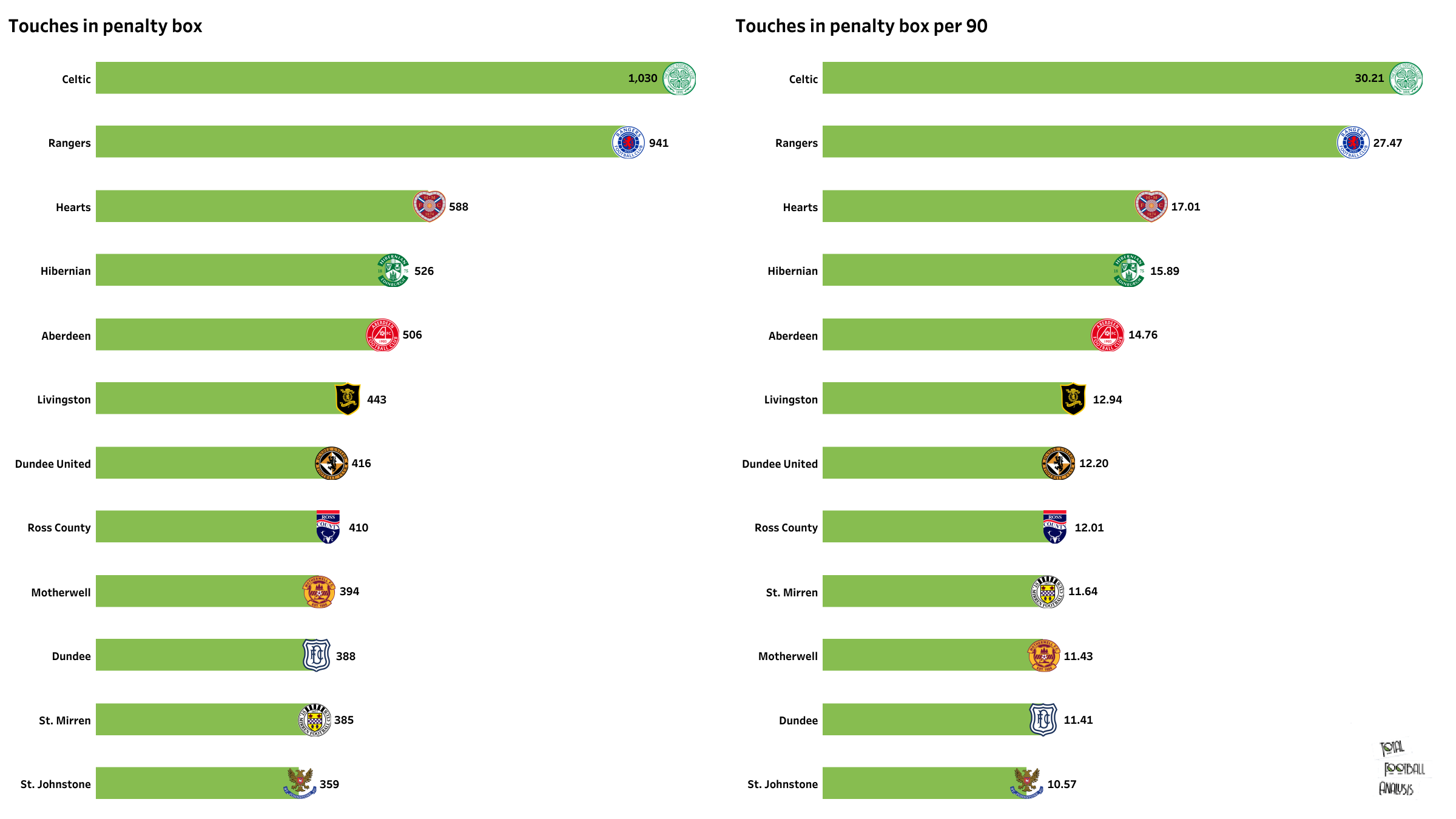 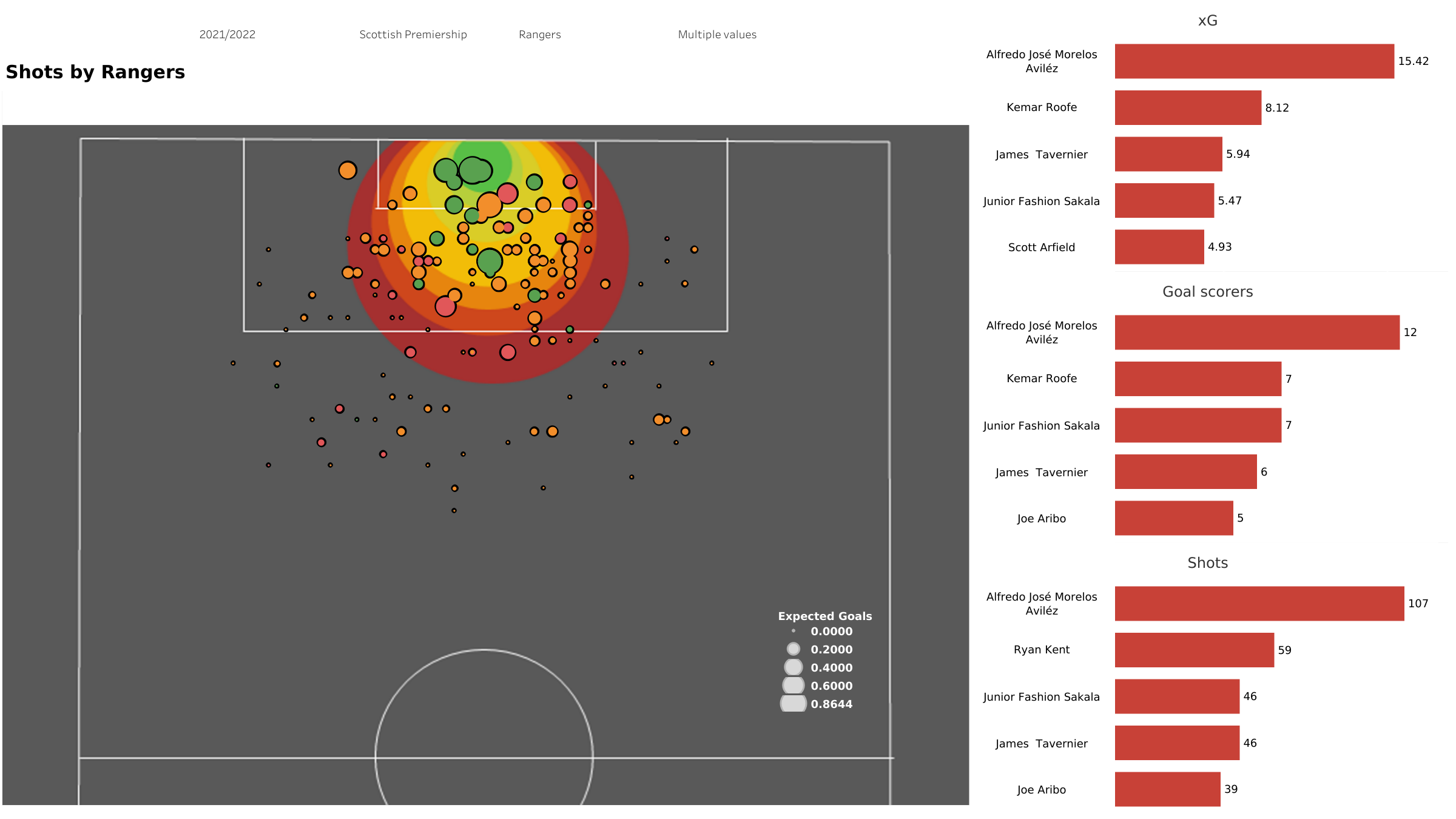 Rangers suffered their third defeat of the season against Celtic. The visitors have won 22 matches and drawn the other seven matches. They have scored 63 goals with an xG rate of 66.52. In return, the defending champions have leaked some goals. They conceded 27 goals with an xGA rate of 24.38. The Rangers attempted 572 shots, 202 of which were on target. A total of 368 shots were attempted from inside the opposition’s penalty box, with 144 of them on target. The above viz shows that Rangers have scored quite a few goals from set-pieces. They have delivered some balls inside the opposition’s 6-yard box and scored on eight occasions. 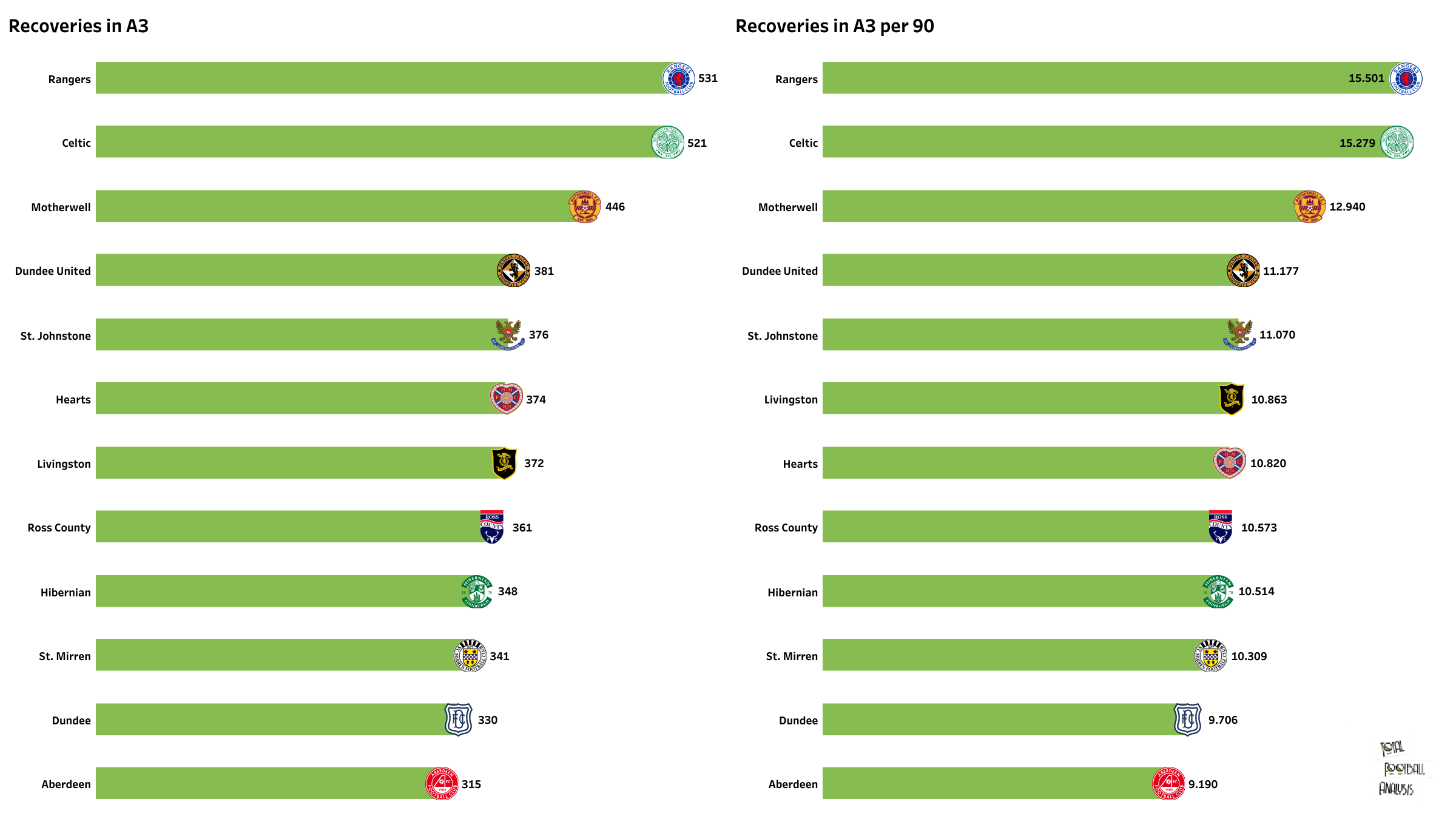 Alfredo Morelos missed the previous game against Celtic and was unavailable for their UEFA Europa League tie. The team will assess his situation and could miss the match.

Rangers go in as the clear favourites to win this match. They need to win all the upcoming matches and hope that Celtic slip, otherwise they will fail to defend the league title.