Stephen Robinson would be looking for a perfect start as St. Mirren’s manager as he will undertake his first game in charge of the Buddies on Wednesday. St. Mirren are in a decent run of form in the league and remain undefeated in their previous five matches. As a result, they are placed seventh in the Scottish Premiership with seven wins, 12 draws, and seven losses in 26 matches. In addition, the Buddies are undefeated at home in their last eight fixtures. A win against Hearts will put them in the fourth spot in the league. In their recent match against Livingston, St. Mirren were held off to 1-1 draw away from home. Despite struggling to create chances in the match, the Buddies held on and were able to take a point. Charles Dunne is suspended as he was sent off in the recent match against Livingston. Eamonn Brophy will remain sidelined through an injury. 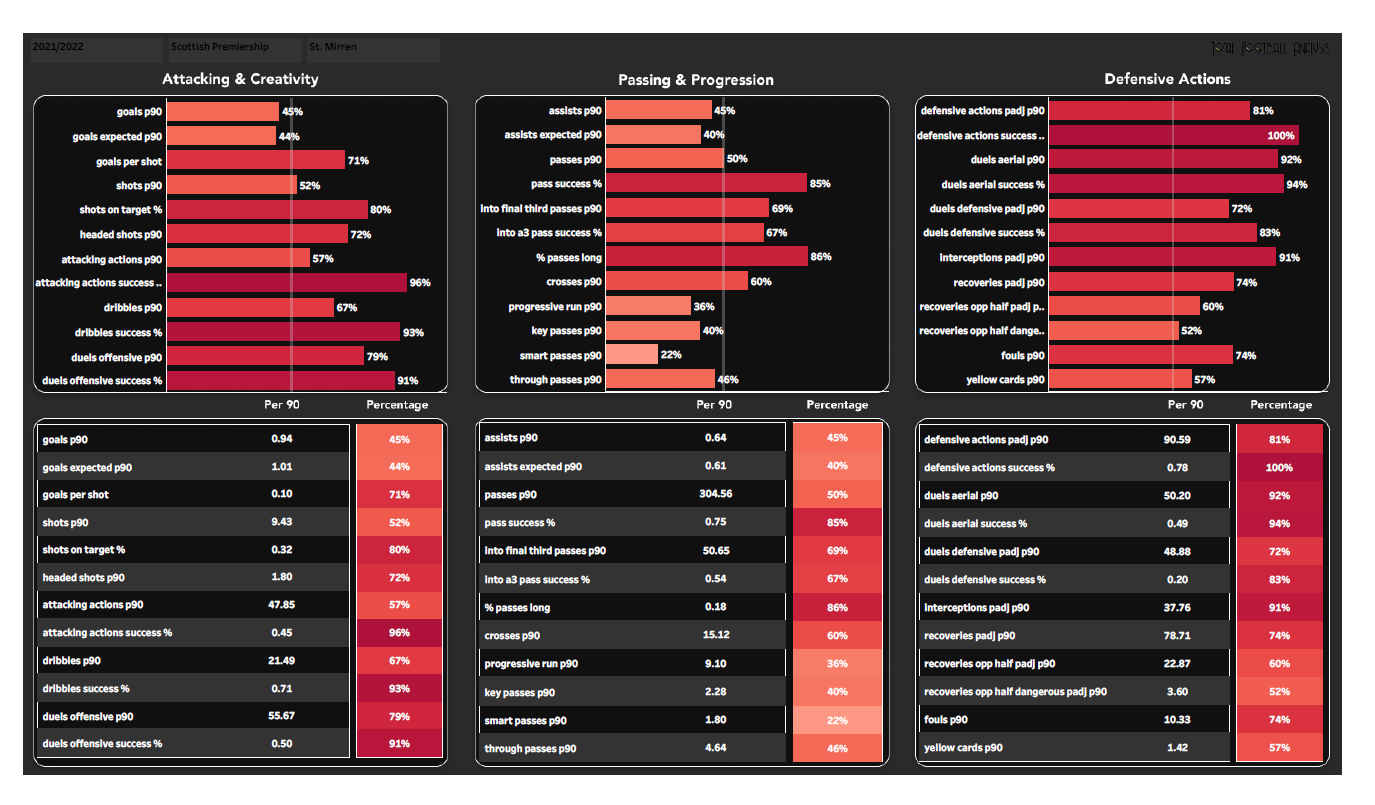 In the above viz., we can see St. Mirren’s overall stats in the league. The Buddies have fared below the league median in terms of multiple passing & progression. Although most of their defensive stats are above the league average, St. Mirren have conceded 35 goals with a goal difference of -9. Their most notable attacking stats are successful attacking actions, successful dribble, and successful offensive duels. 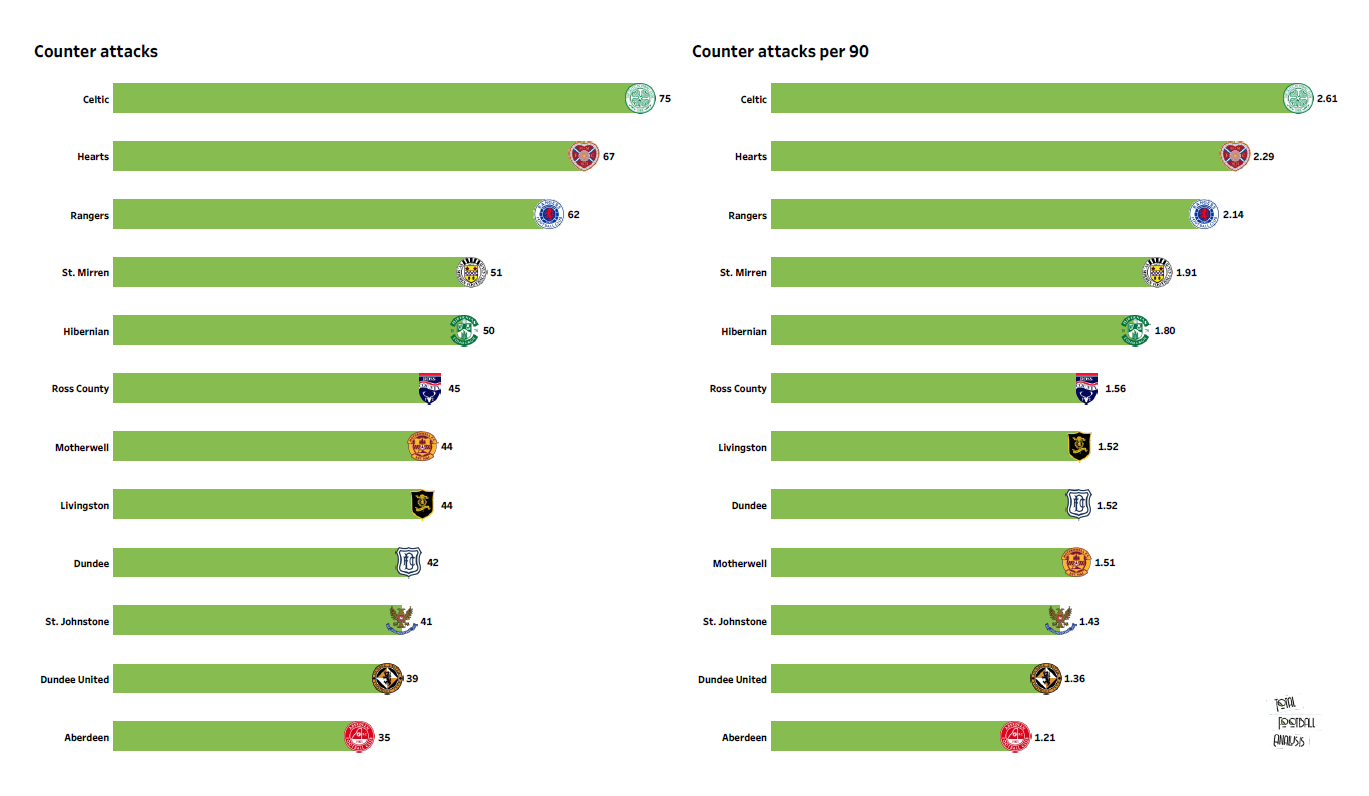 Hearts have suffered a slump in their form in the recent league fixtures. They head into the match against St. Mirren on the back of three consecutive defeats. The Jambos fell to a 1-2 defeat against relegation-threatened St Johnstone in their recent match. Crawford scored an early goal for the Saints before Atkinson leveled the score-line in the 6th minute. McCart headed the winner for his side in the 56th minute. Despite their recent decline in form, Hearts are still in a comfortable position in the league at the third spot, with a nine-point lead over fourth-placed Hibernian. They would be looking to get back to winning ways when they travel to St. Mirren Park on Wednesday. Liam Boyce and Craig Gordon will be available for the match after returning from self-isolation due to COVID-19. Craig Halkett could also make his return to the starting XI. 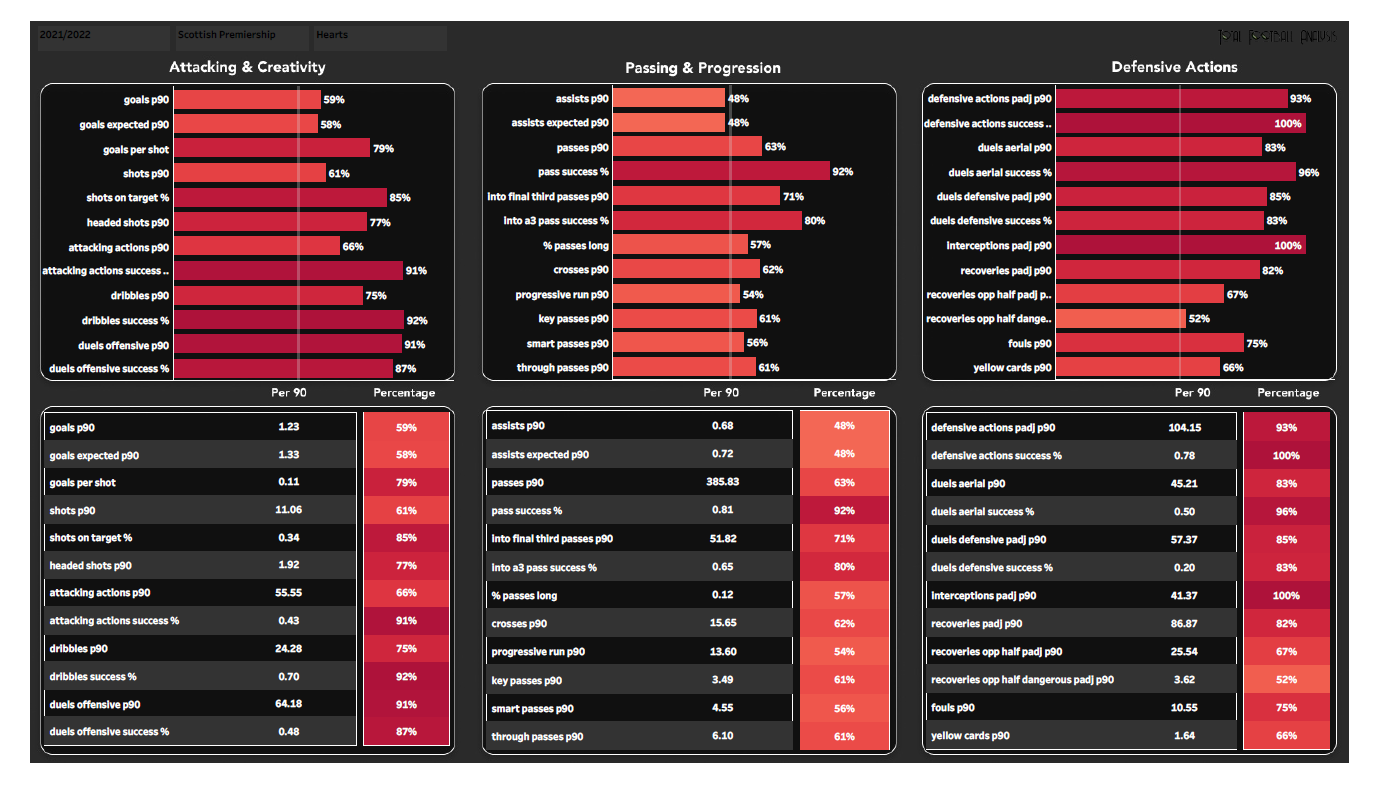 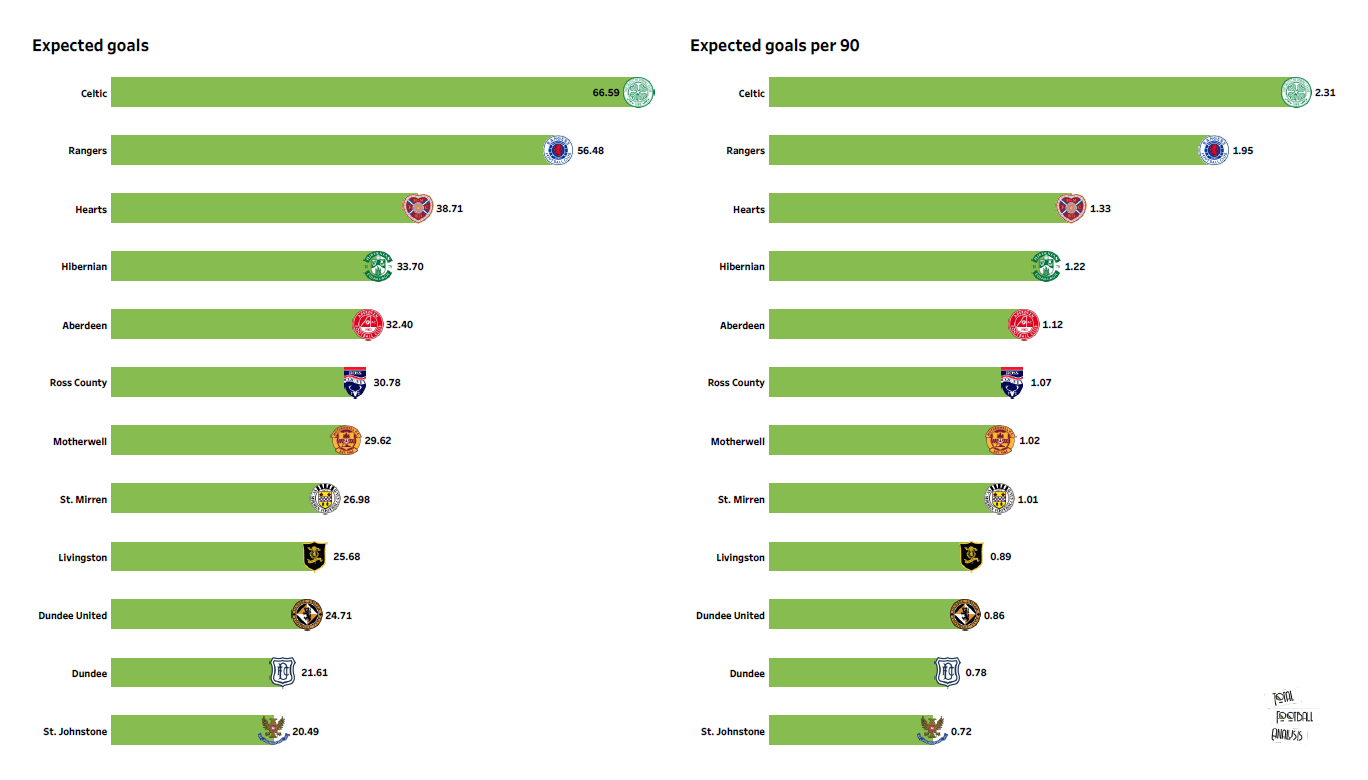 In terms of xG, Hearts are placed at the third spot, indicating that they have been successful in creating quality goal-scoring opportunities. They average an xG of 1.33 per match.

St. Mirren head into the match in better form, although, Hearts will prove to be a tough test. A draw is a likely outcome for this match.