What were the duels winning zones for Aberdeen players? Why did Motherwell end the match with a high xG rate than their opponents? 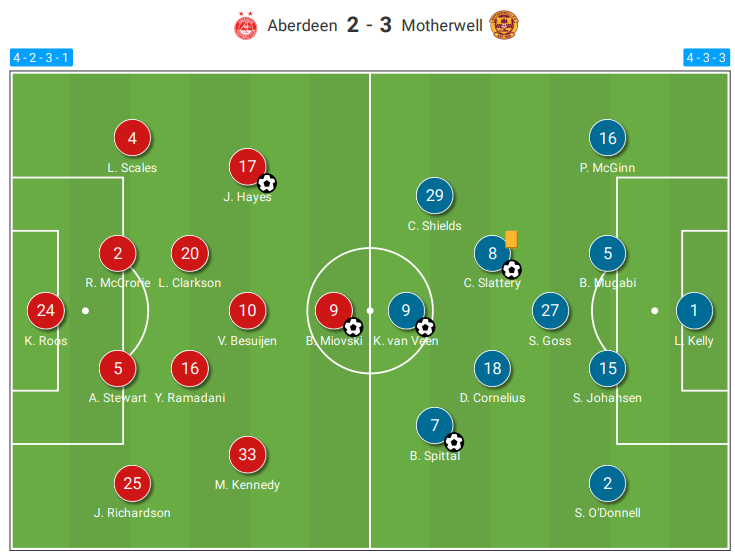