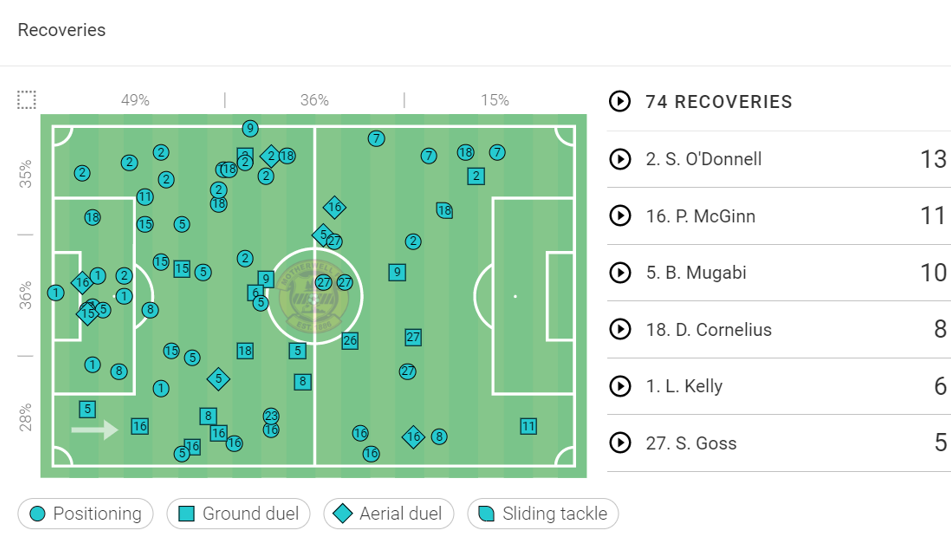 Motherwell players made 35 recoveries in the defensive third and 27 in the middle third. Most of the recoveries were made due to the clever positioning of the players.

Aberdeen dominated the stats, but Motherwell players were effective with the ball at their feet. They created better chances and won the match with less possession of the ball.