Aberdeen were held to a 1-1 draw by bottom of the table side St. Johnstone in the Scottish Premiership. Lewis Ferguson scored a penalty in the second half to give his side a single point.

How many passes were attempted into the opposition’s penalty area by Aberdeen players? Who attempted the most shots for St. Johnstone? 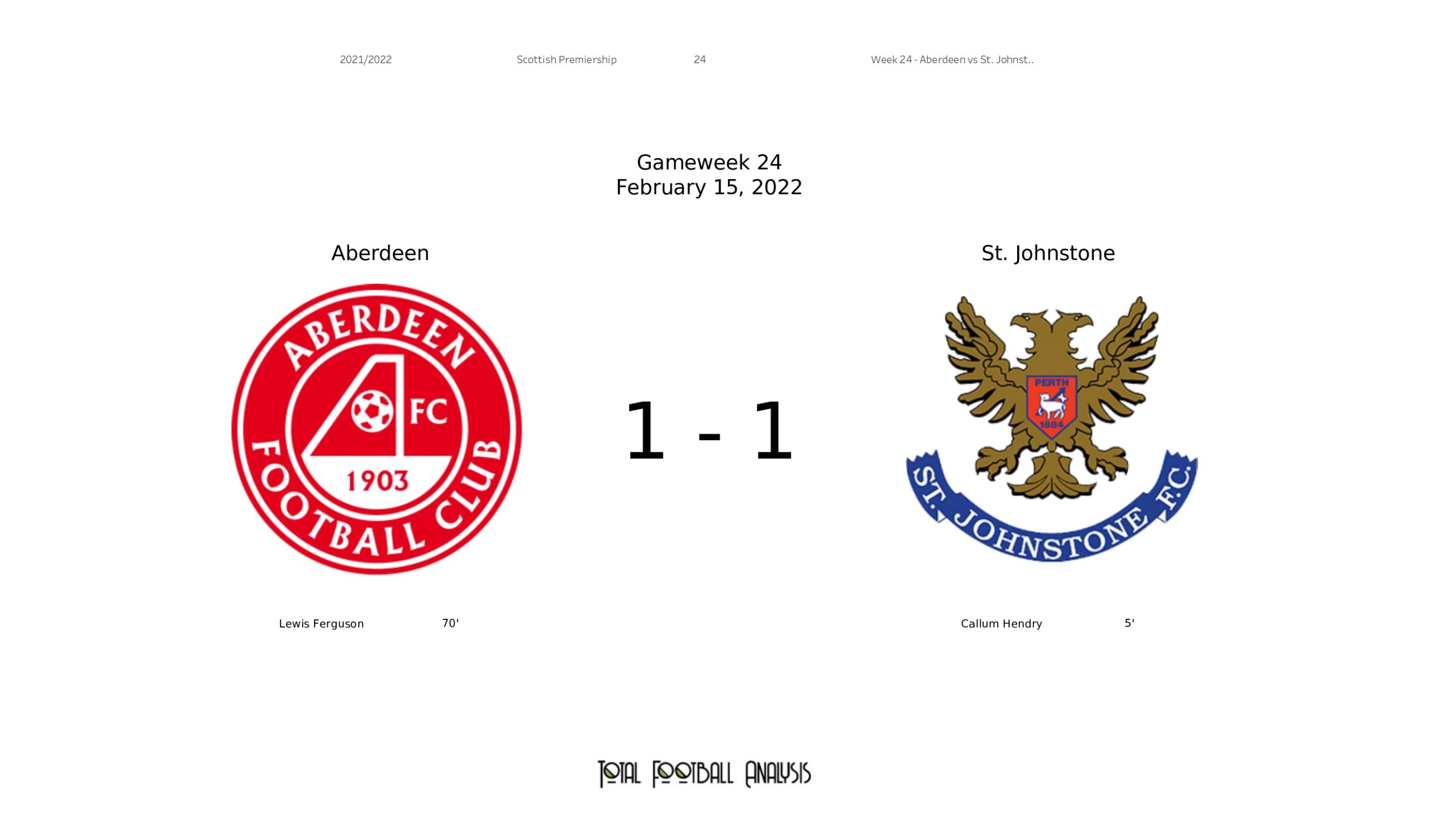