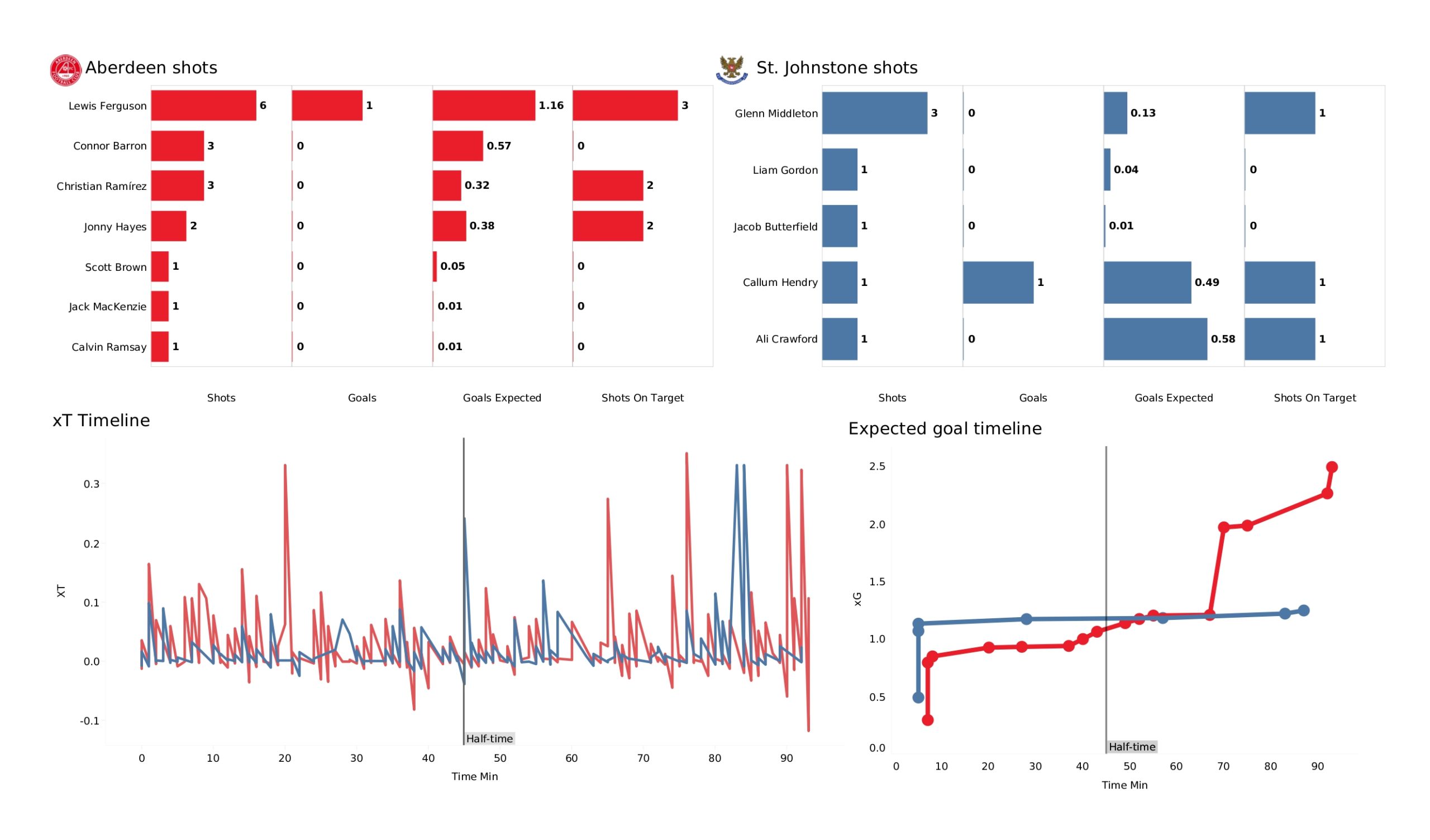 The xT timeline and xG timeline show that Aberdeen showed dominance in the first half and created more threats than their opponents. However, St. Johnstone began the match on a high and attempted three shots within the first ten minutes of the match. They scored a goal but were unable to create further threats towards the opposition goal. They fought back in the second half and created more threats towards the end of the match.