Celtic began their Scottish Premiership title defence campaign with a 2-0 victory over Aberdeen at Celtic Park. Stephen Welsh opened the scoring inside the first five minutes for the defending champions. Jota scored his first goal after his permanent move to Celtic and sealed the win in the second half. 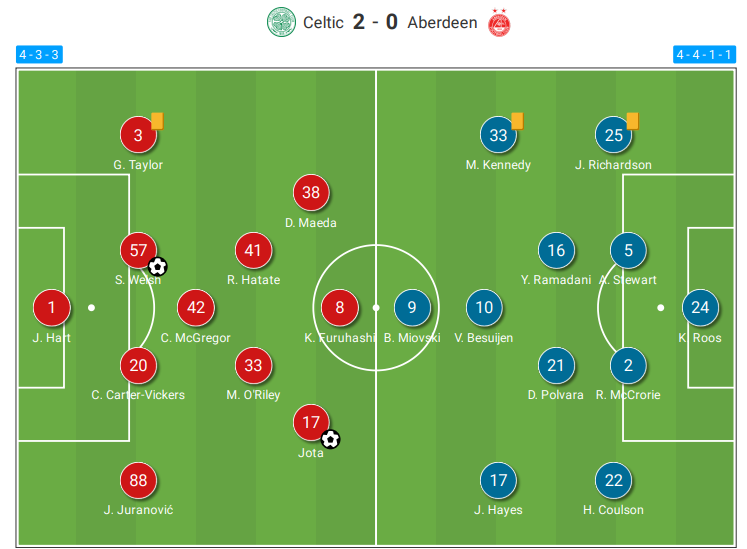 The home team played in the same 4-3-3 formation throughout the match. Celtic had a ball possession of 64.6% and attempted 687 passes with an accuracy rate of 87.92%. 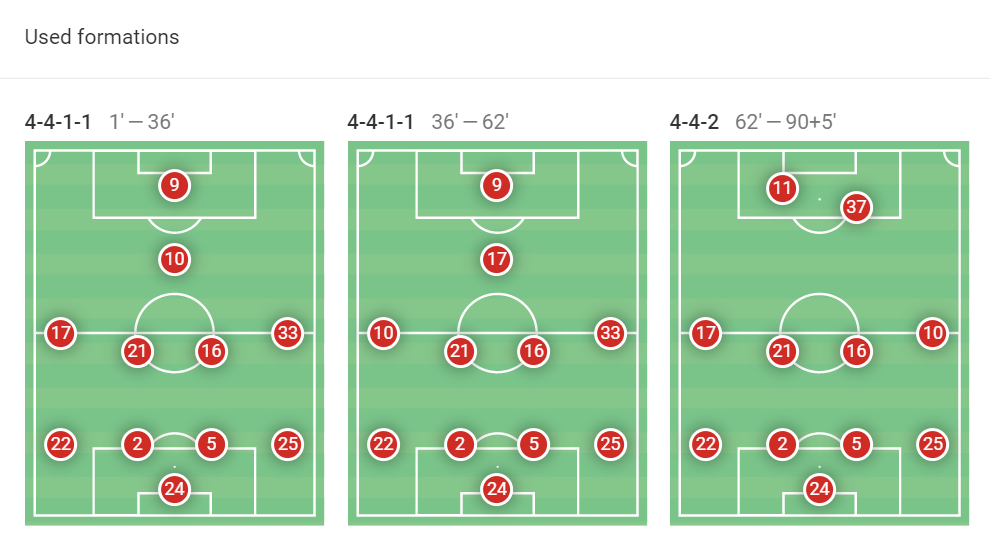 Aberdeen initially started in a 4-4-1-1 formation and later changed to a 4-4-2 formation. In the first 36 minutes, Vincente Besuijen played the number ten role. After that, the player swapped positions with Jonny Hayes on the left. Aberdeen had 35.4% of the ball in possession. The team attempted 311 passes with a 78.56% accuracy rate. 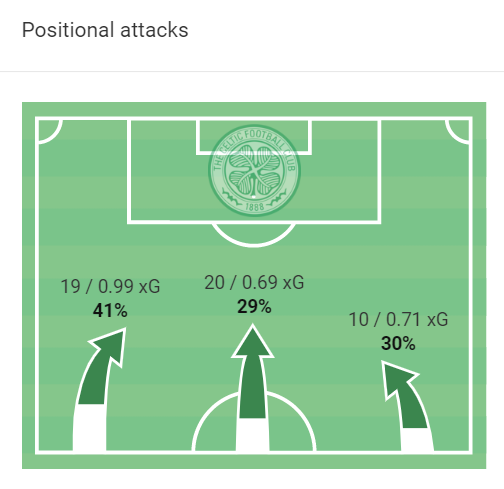 The home team created 49 positional attacks during the match. Most of the attacks were created from the middle and the left. They were successful in creating 15 attacks, and the highest success came from the left side.

Celtic dominated the match and attempted 22 shots, nine of which hit the target. The above viz shows the shot map of the team, and we can observe that the home team tried to find the back of the net in every direction. However, the goal was scored towards the right of the goalkeeper. The home team failed to hit the target eight times, and five of their shots were blocked. 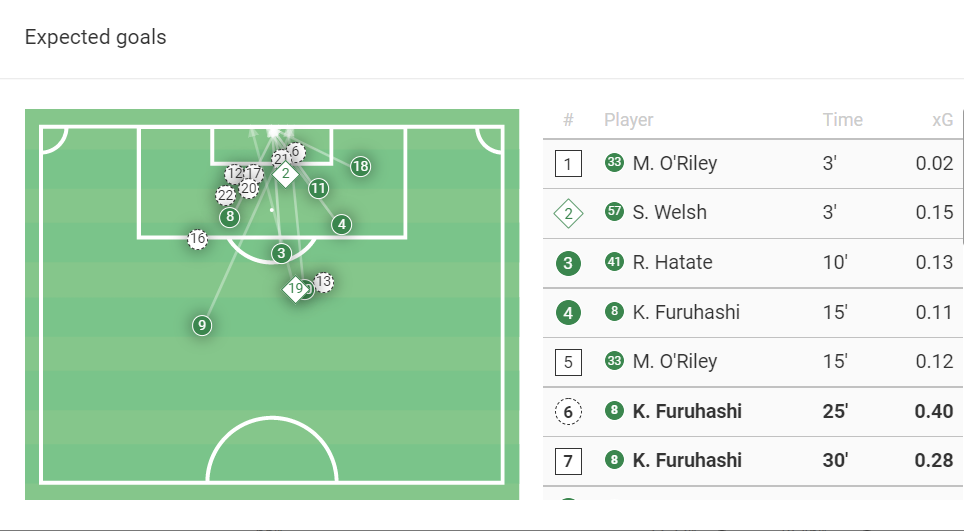 Aberdeen players attempted six shots and hit the target twice. Both the shots on target were straight towards the keeper. 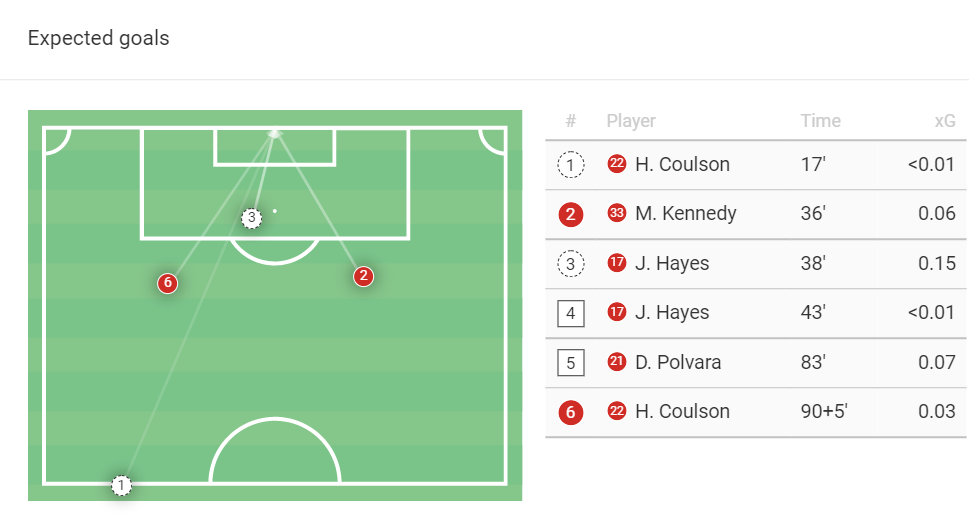 Aberdeen players were given only one chance to attempt a shot from inside the opposition’s penalty box. The other three shots were attempted from outside the box, with two being on target. 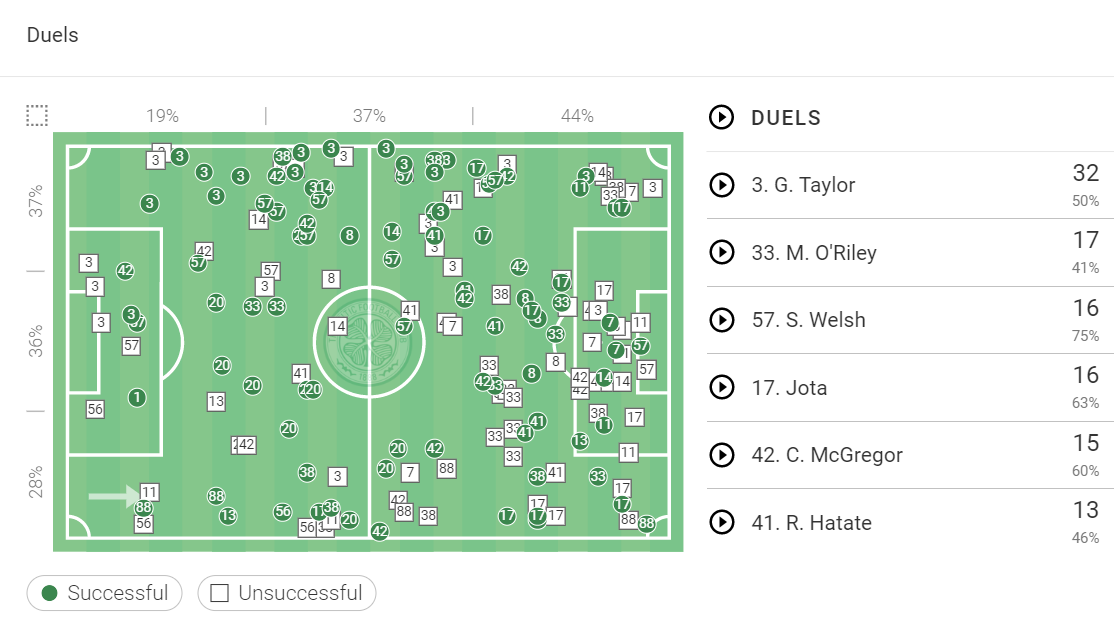 Both teams contested 192 duels each in the match, with Celtic winning 99 of them. The above viz shows that the home team won most of their duels on the left. They contested 67 defensive and 35 aerial duels during the match. Celtic won 38 defensive duels and 21 aerial duels. Greg Taylor contested the most duels and had a 50% success rate. 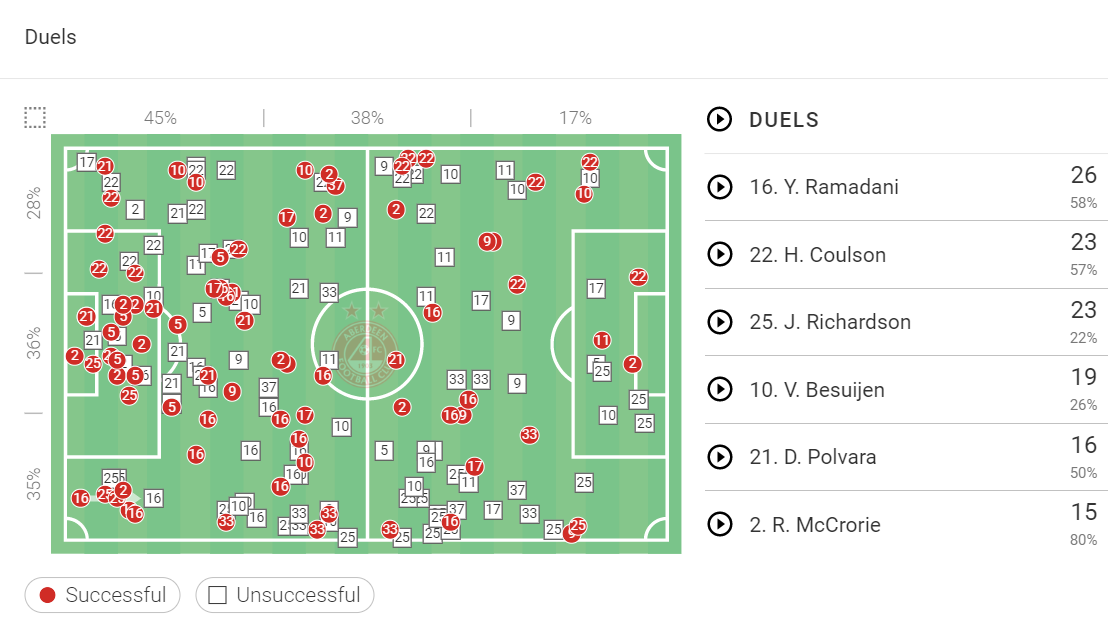 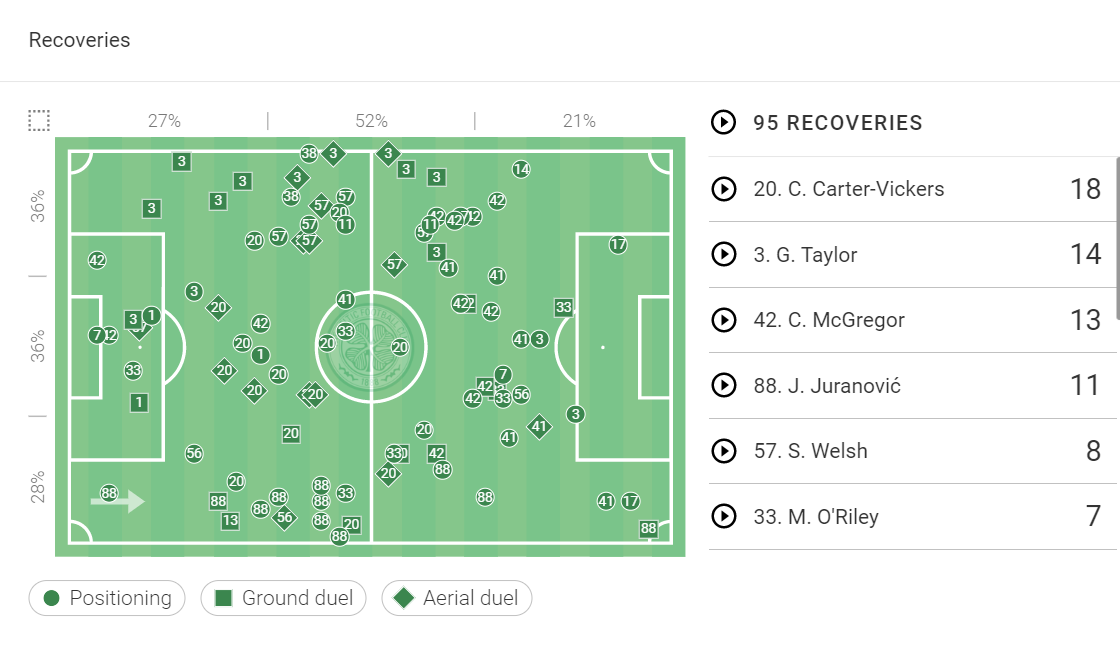 Celtic players recovered the ball 95 times, with Cameron Carter-Vickers making 18 recoveries. Of these 95 recoveries, 46 were made in the middle third, 23 in the attacking third and the rest in the defensive third. Other than this, the team made ten clearances and 33 interceptions. 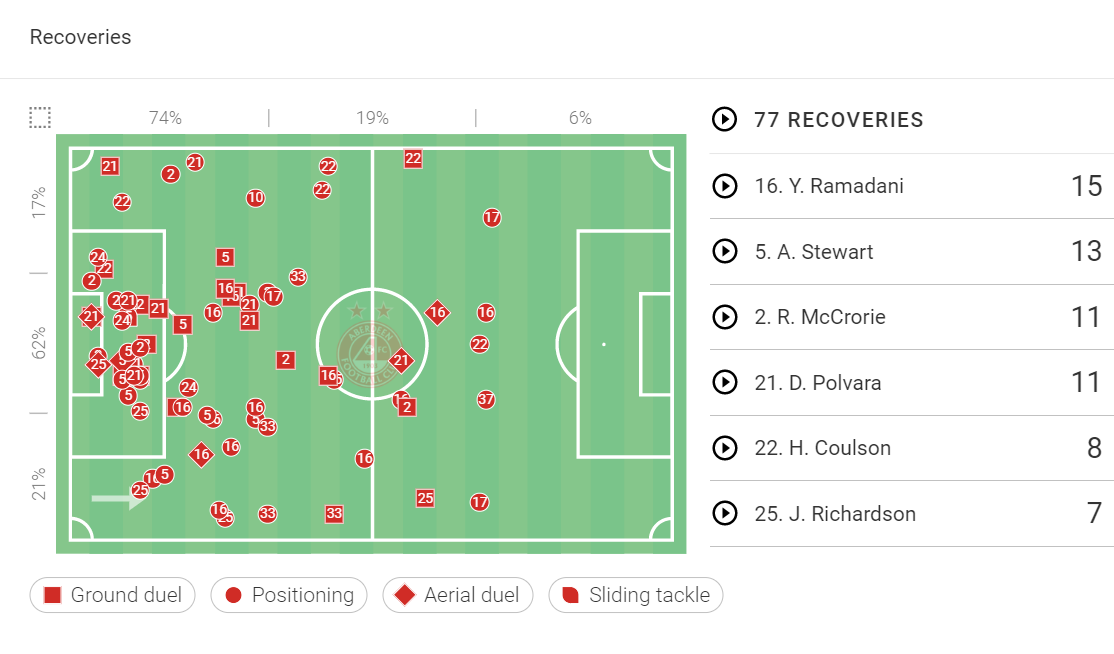 Aberdeen players made 77 recoveries, with 54 of them coming in the defensive third. The Dons intercepted the ball 62 times and made 21 clearances to stop Celtic’s attack.

Celtic showed sheer dominance against Aberdeen and earned their first win in the title-defending season. Their attack is threatening, and the team is very effective with their passing. They are the favourites to lift the trophy once again this season.