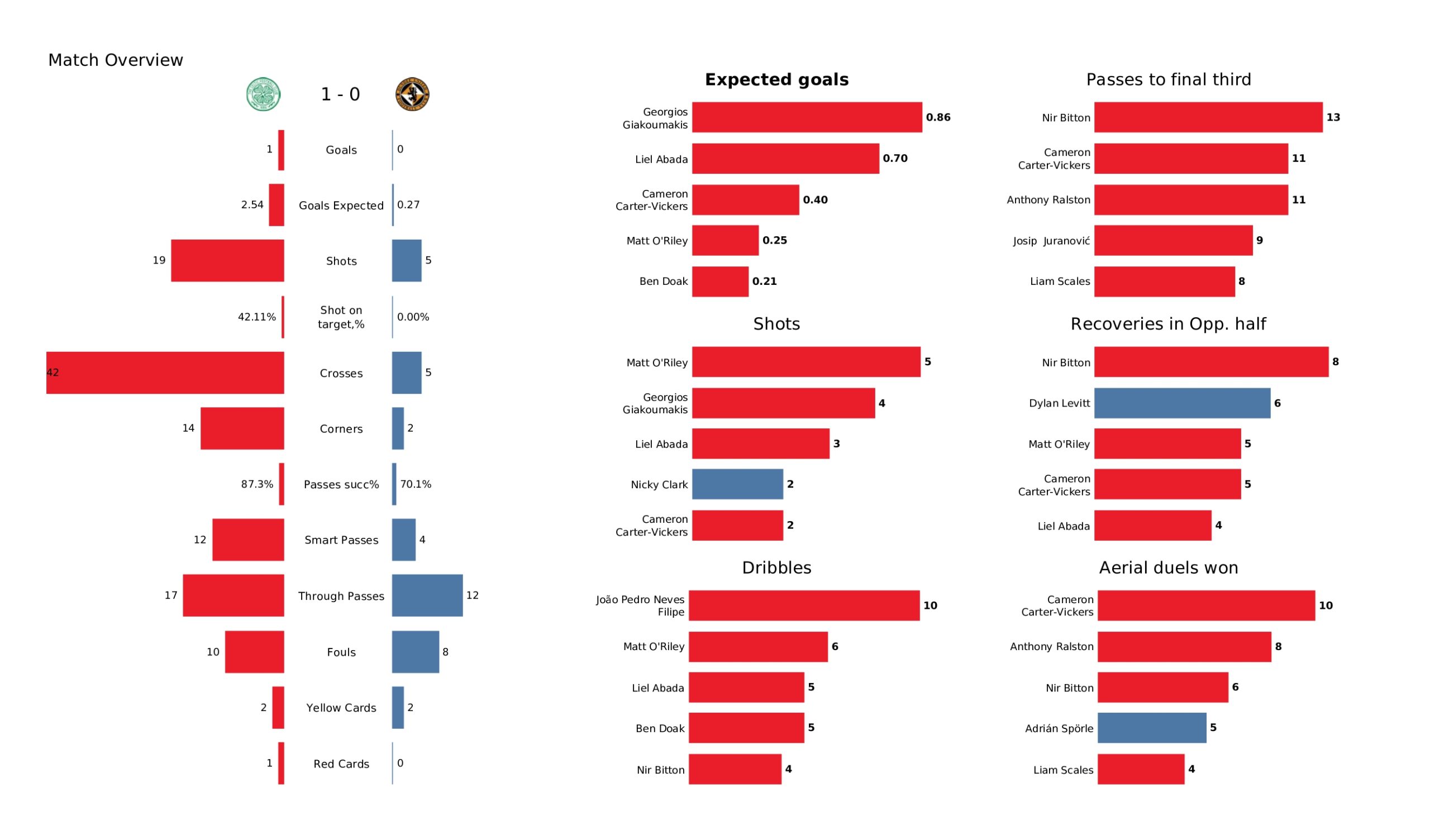 Celtic dominated most of the attacking metrics in the game, as seen in the above visual. Giakoumakis generated the highest xG with his four shots on target. The new signing, Matt O’Riley, had the highest number of shots on goal and also completed five recoveries in the opposition’s half.