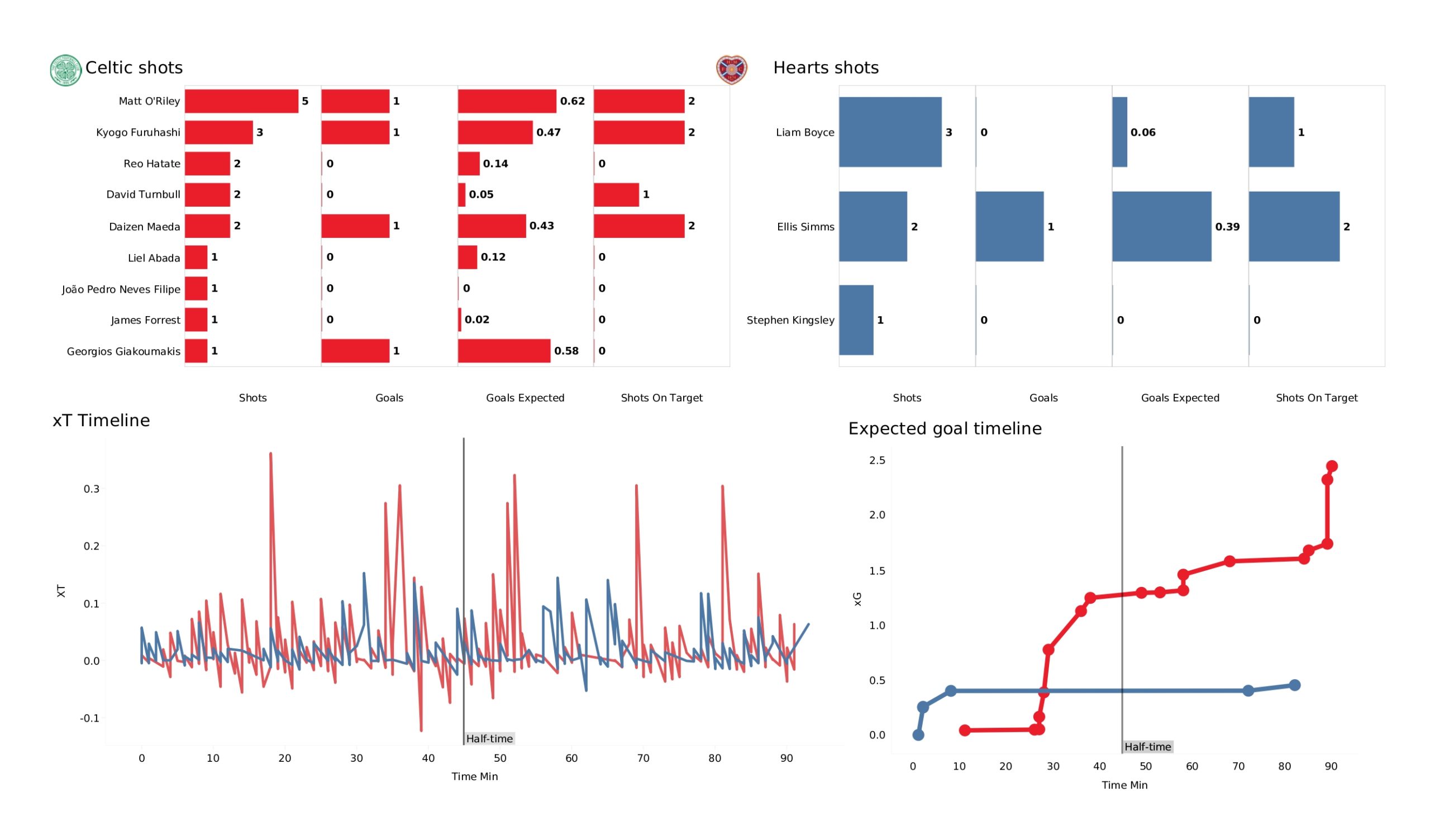 Hearts showed some early domination by attempting three shots within the first ten minutes of the match. Celtic began to create momentum after the ten-minute mark and created a lot of threats at the start of the second half. Four players managed to hit the target twice in the match.