In the Scottish Premiership, newly crowned champions Celtic ended their season with a dominating 6-0 victory over Motherwell. Georgios Giakoumakis and Kyogo Furuhashi scored a brace each for the home side, and Celtic finished the season with a four-point lead.

What were the xT creation zones for Celtic? Who attempted the highest number of crosses for Motherwell? 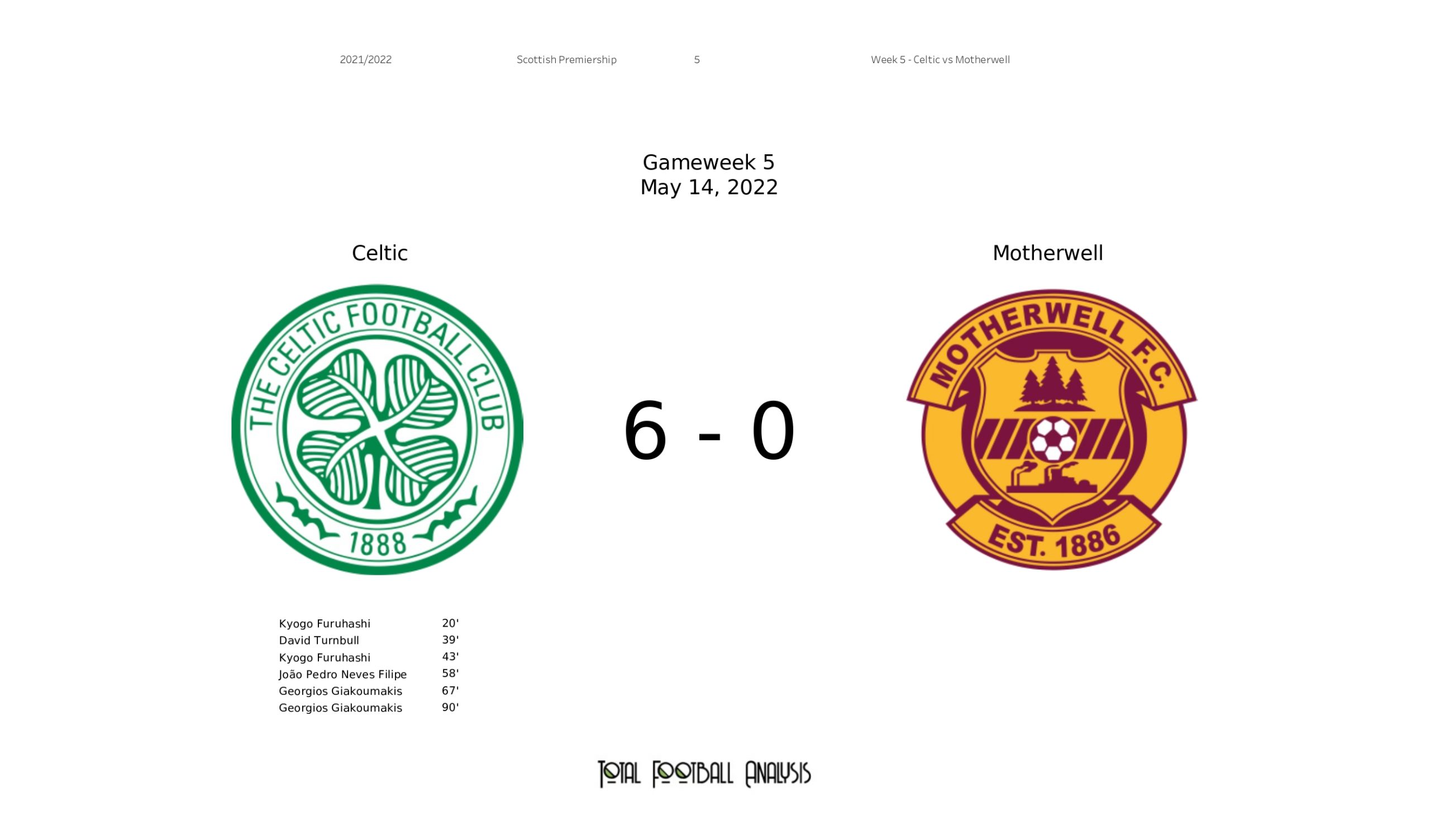