Celtic and Rangers played out a 1-1 draw in the Championship Round of the Scottish Premiership. The draw means that there is still a six-point gap between the top two teams, and Celtic have become the clear favourite to win the title.

What were the xT creation zones for Celtic? Who attempted the most shots for Rangers? 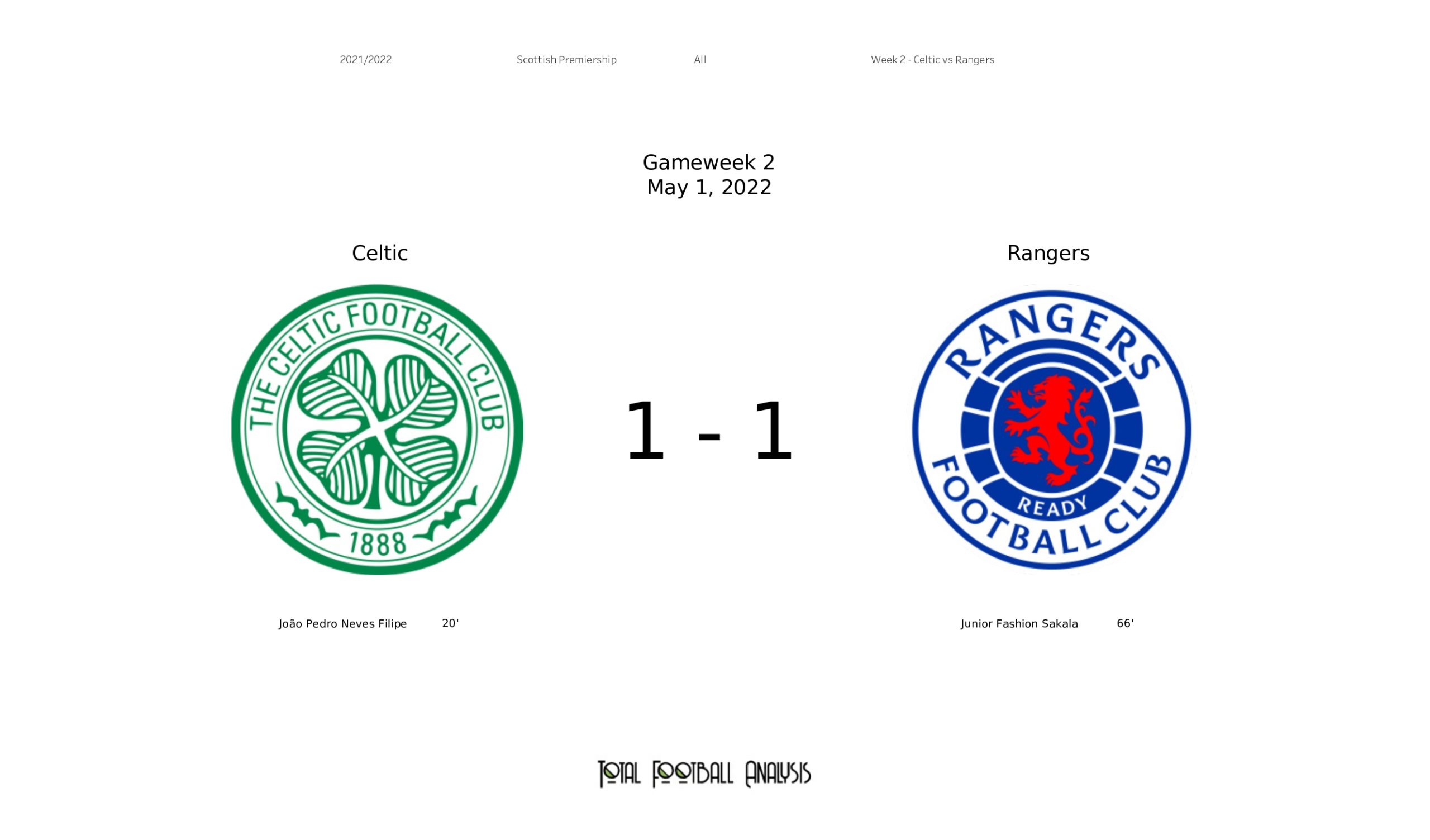