Livingston earned their first points of the season after a goal in the second half by the new signing, Christian Montano, who handed them a 1-0 victory over Dundee United in the Scottish Premiership. Dundee United had already played a UEFA Conference League qualification match in the midweek, and this affected their performances on the pitch. 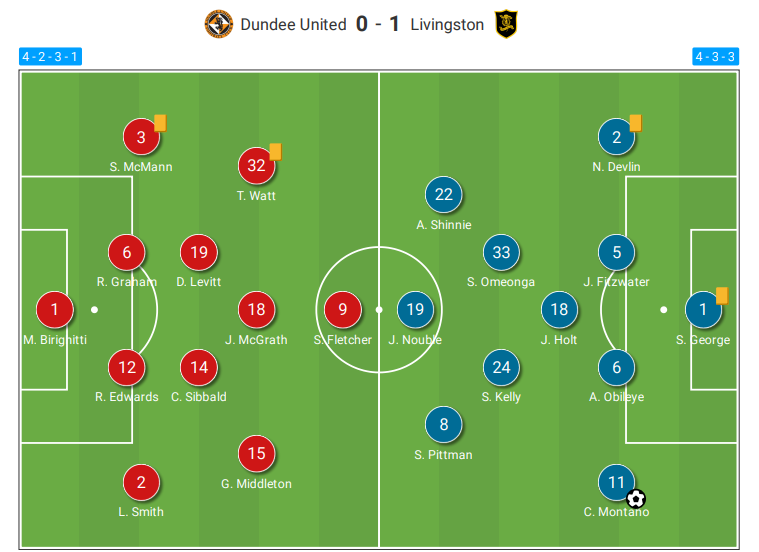