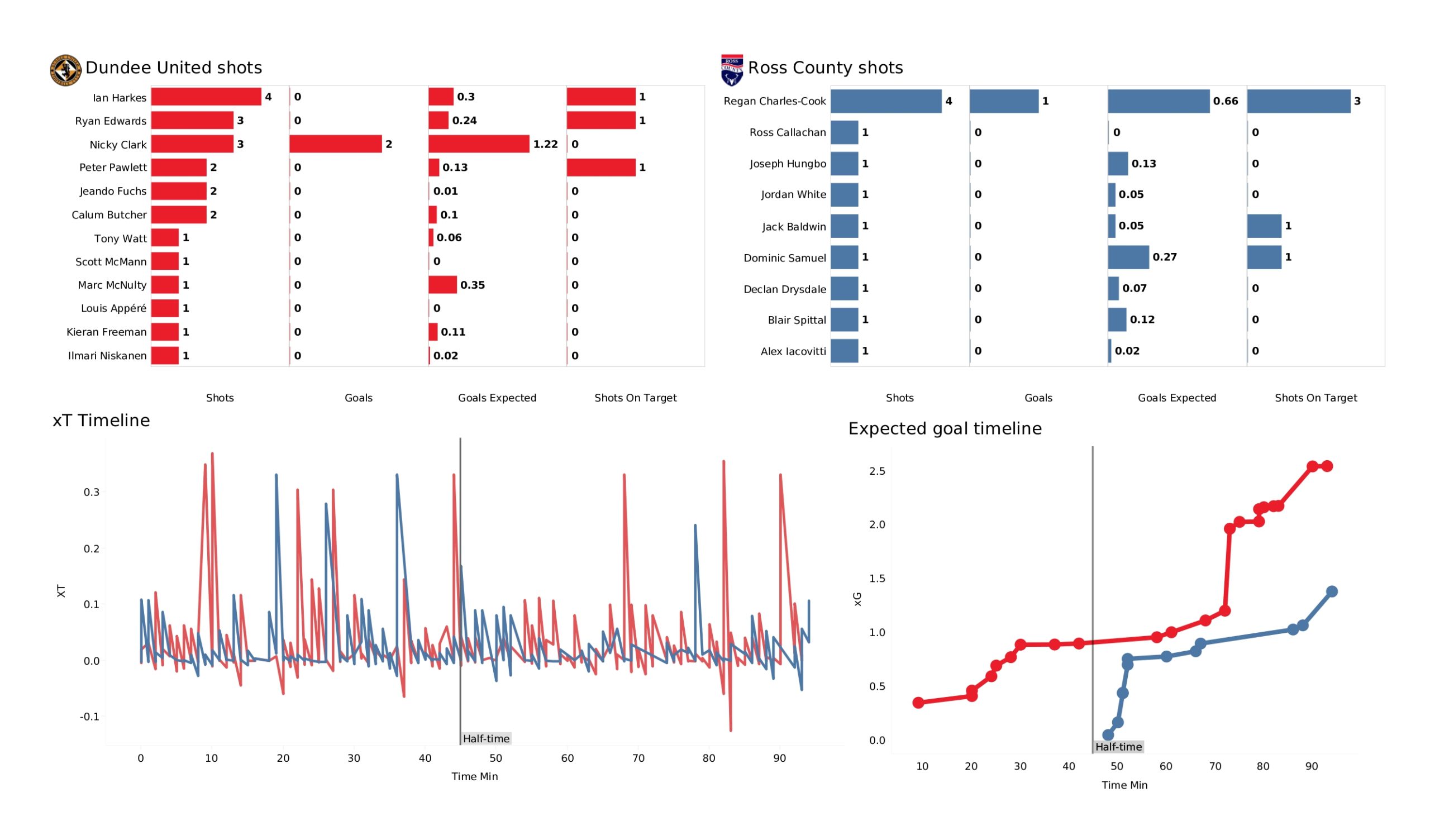 The expected goal timeline shows the shots attempted by the teams at different time intervals. Ross County created threats in the first half but didn’t have a single shot towards the opposition goal. The home team attempted nine shots in the first half. Regan Charles-Cook had the most shots on target.