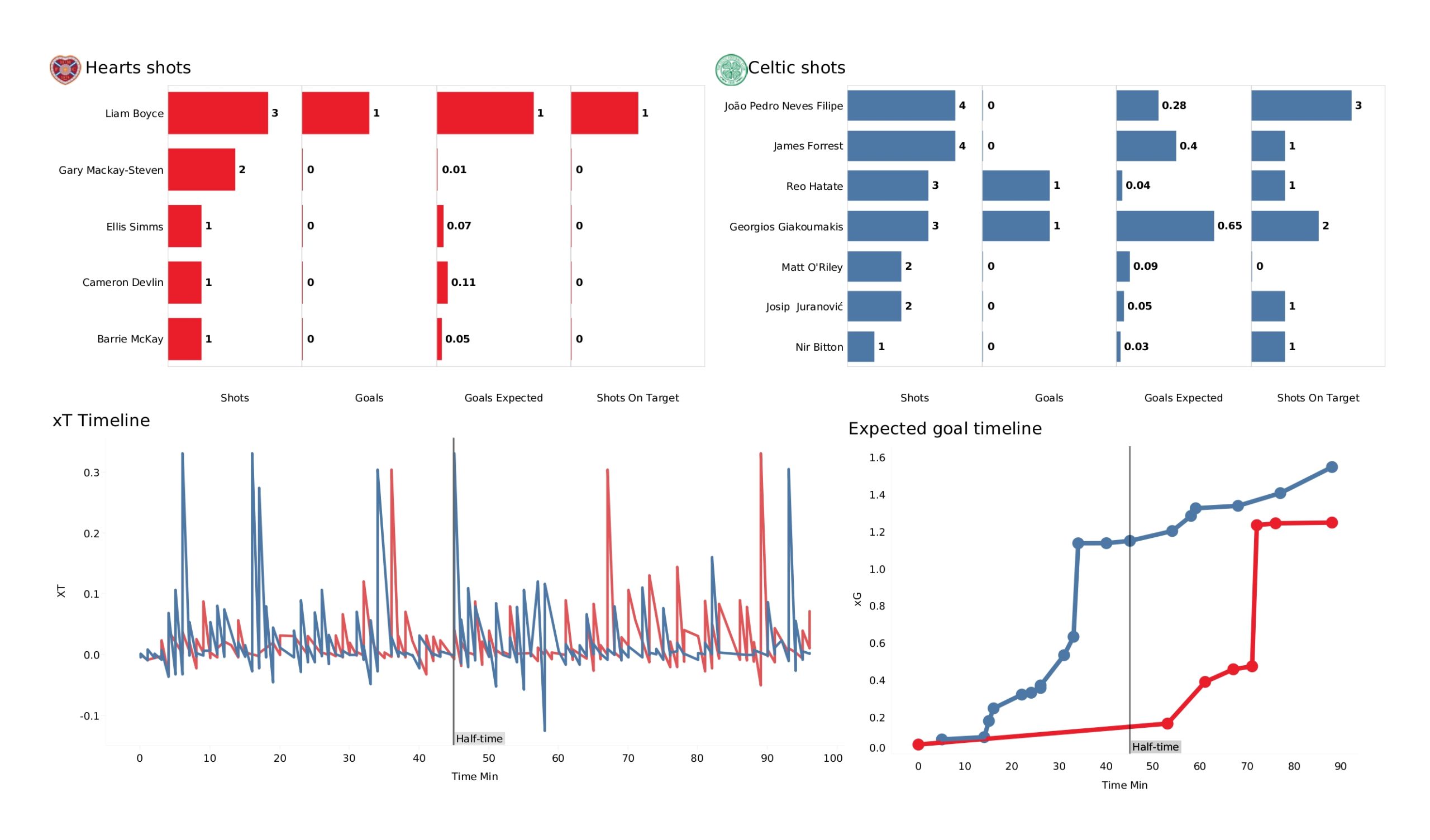 Georgios Giakoumakis proved his worth to his manager as he scored the second goal for his team, which proved to be the match-winner for them. The xG timeline indicates that Hearts only had one attempt on goal in the first half, whereas Celtic dominated the first half and had a very high xG.