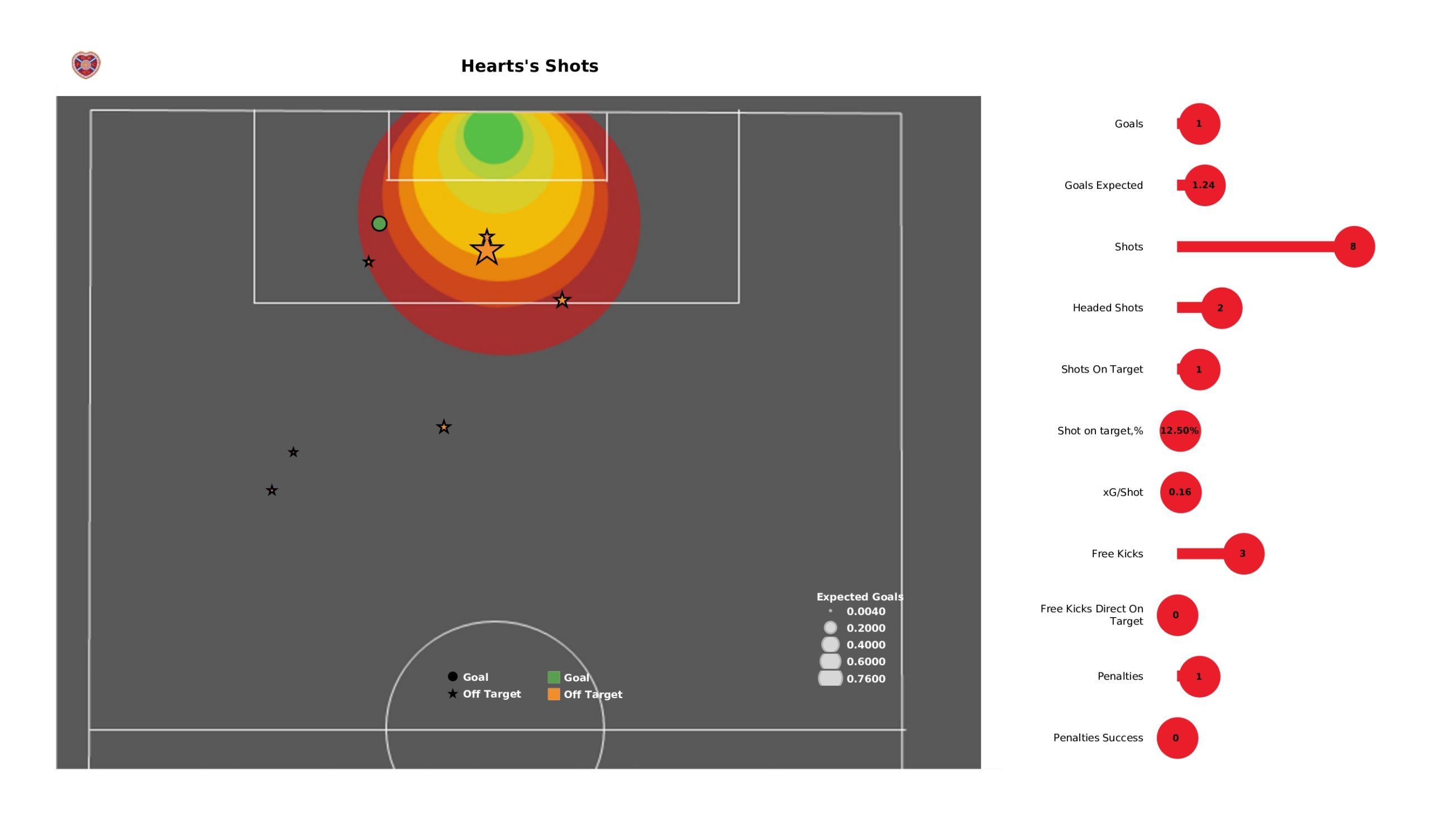 Hearts attempted a total of eight shots on goal with only one shot on target. As the visual suggests, most of their shots were off target, and they were wasteful with their chances. Liam Boyce failed to convert a penalty in the second half, which could have proved to be the equalizer.