Hearts continued their unbeaten start to the season after a 4-1 win at home against Dundee United in the Scottish Premiership. Lawrence Shankland opened the scoring in the first minute, and the other three goals came in the second half. They look like the favourites to take the third position once again. Dundee United, on the other hand, have lost back-to-back games in the league and remain on one point after three games.

What was the shot accuracy rate for Hearts? Which Dundee United player won the most number of defensive duels? 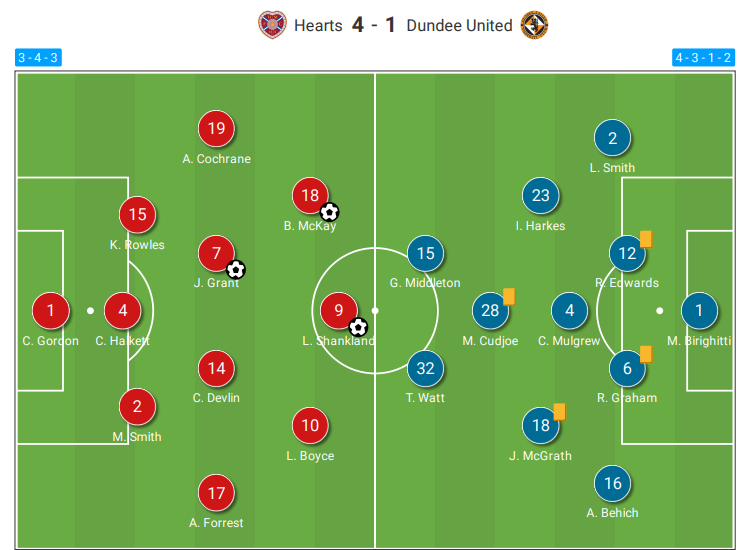