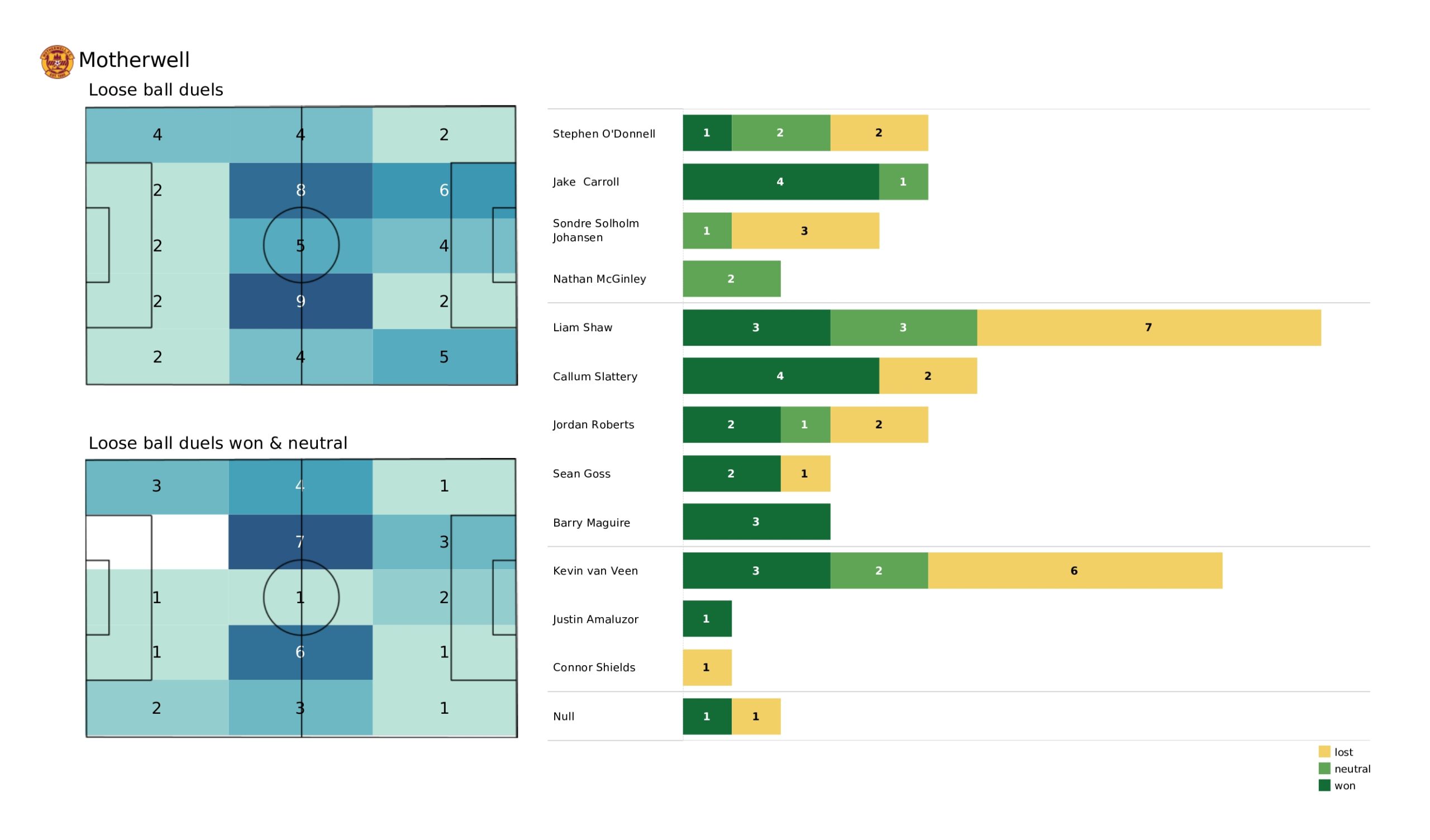 Motherwell recovered loose balls near the centre, with Jake Carroll recovering four of his five duels.

The win against Motherwell puts Hearts on the third spot, while Motherwell sit at the fourth spot.

If you want to download the stats report in PDF format you can do so here: Scottish Premiership Stats: Hearts vs Motherwell