Hearts suffered their 11th defeat of the season after going down 1-3 against Rangers in the Scottish Premiership. The home team took the lead in the 23rd minute but conceded two goals in the first half and one goal in the second half.

How many positional attacks were created by Hearts? Which Rangers players made the most recoveries inside the opposition’s half? 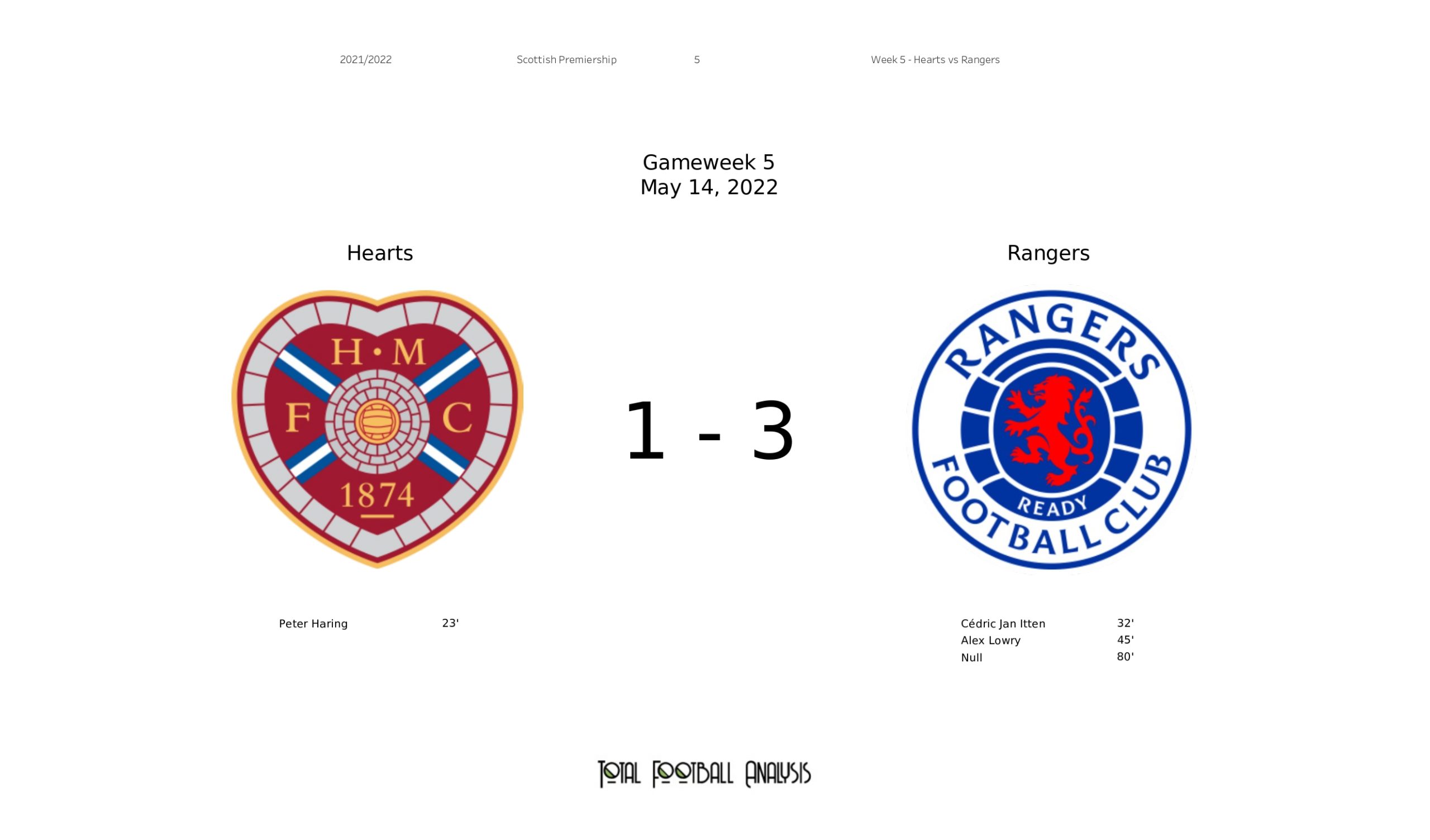