Hearts began their Scottish Premiership 2022/23 season with a 2-1 victory over Ross County. It took 59 minutes to witness the first goal of the game. Alan Forrest gave the lead to the home team before Barrie McKay doubled the advantage in the 77th minute. Jordan White scored for Ross County two minutes later, but his side failed to score another goal. 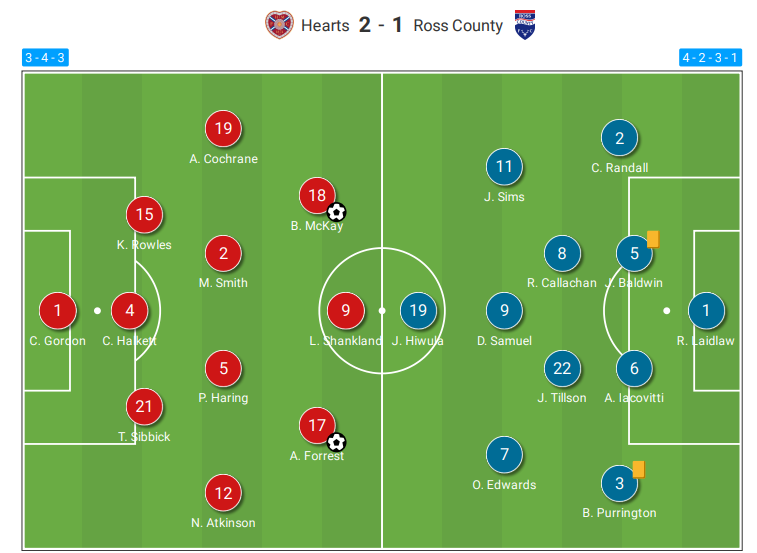 The home team played in a 3-4-3 formation for the first 70 minutes of the match. The manager made some changes and the wide players came towards the centre, which allowed the wing-backs to make overlapping runs. The last 20 minutes were played in a 3-4-2-1 formation.

Ross County played in a 4-2-3-1 formation throughout the match. Jordan Tillson and Ross Callachan were the defensive midfielders in front of the backline.

Hearts attempted 13 shots and hit the target four times. Five shots were blocked by the defenders and four were off target. The above viz shows that only one of the shots was attempted towards the right of the keeper, and that was off target. 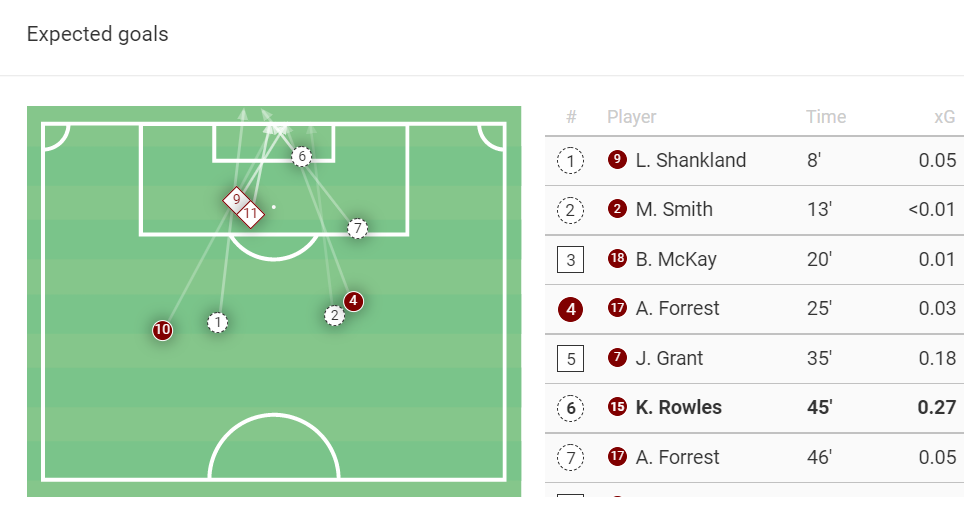 Hearts had an overall xG rate of 1.2 in the match. The above viz shows that the goals were scored from inside the opposition’s penalty box and from a similar position.

Ross County players attempted 11 shots but were unlucky, as two of their shots hit the post. The visitors hit the target thrice, but all the shots were aimed towards the centre. 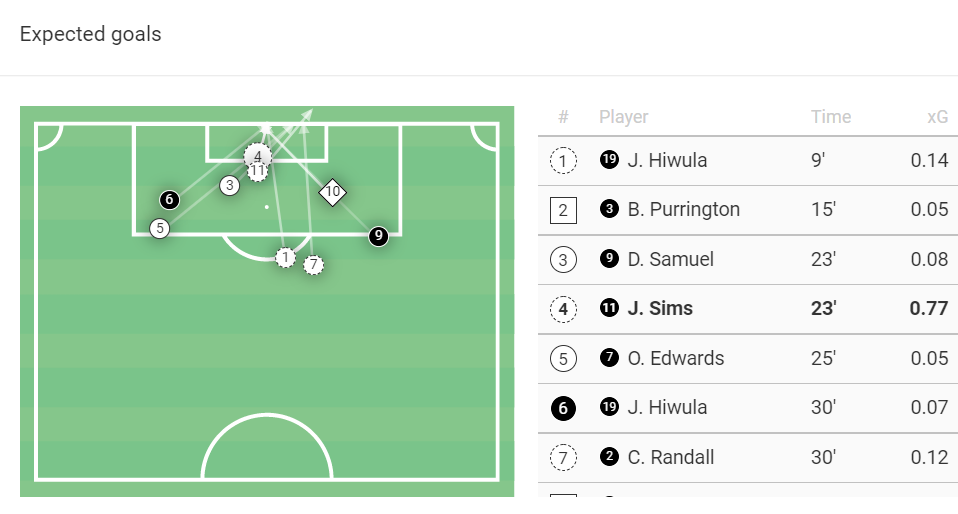 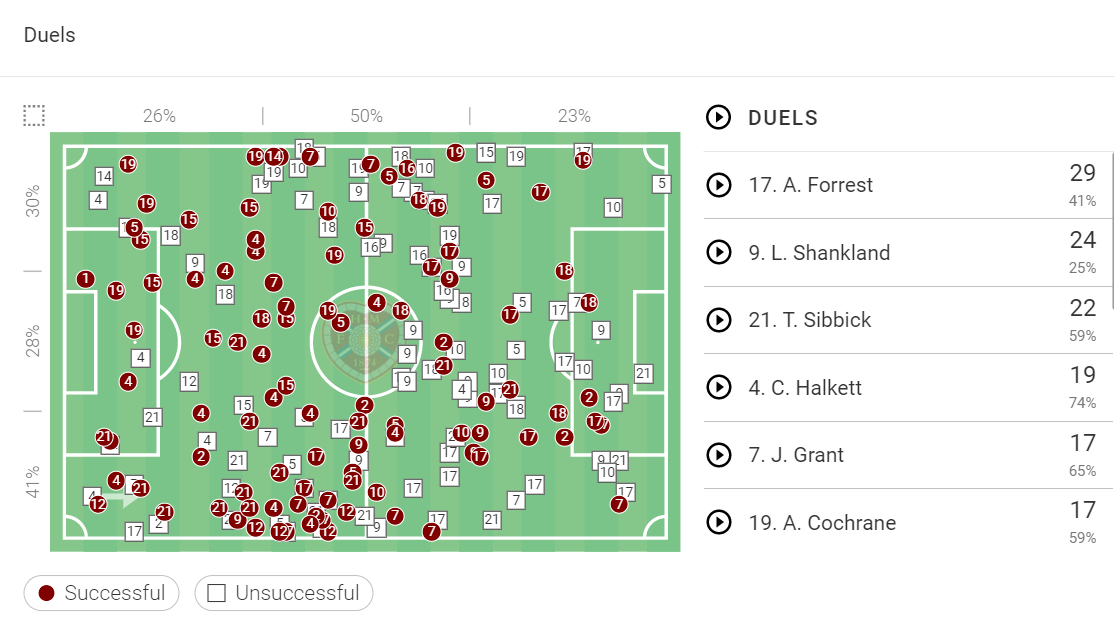 Both teams contested 222 duels, with the home team winning 114. Hearts won most of the duels in the middle third and on the right side. Alan Forrest contested 29 duels in his right and won 41% of them. 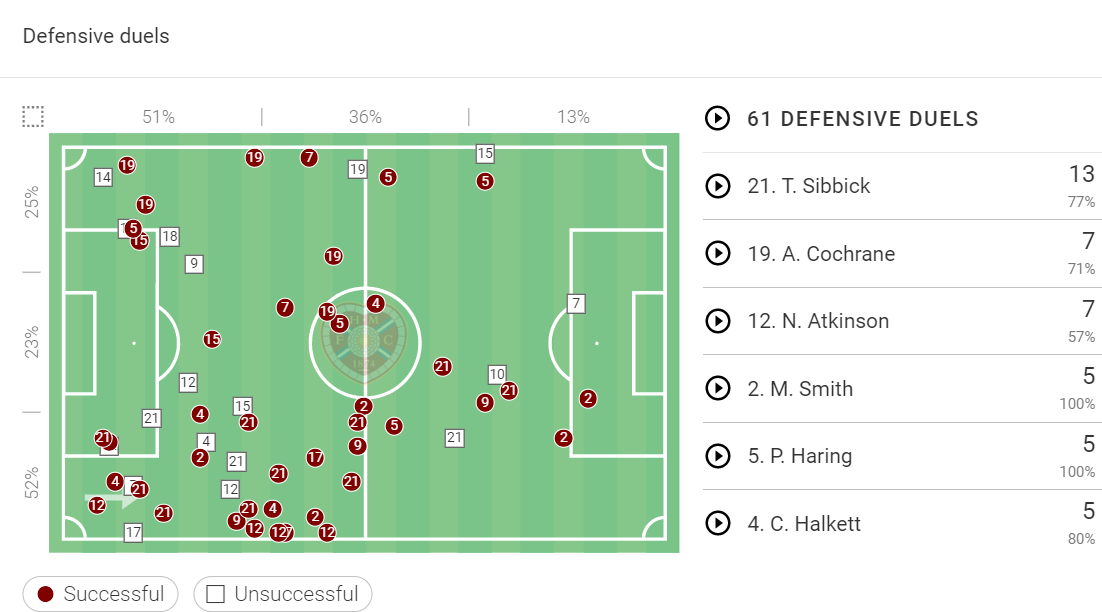 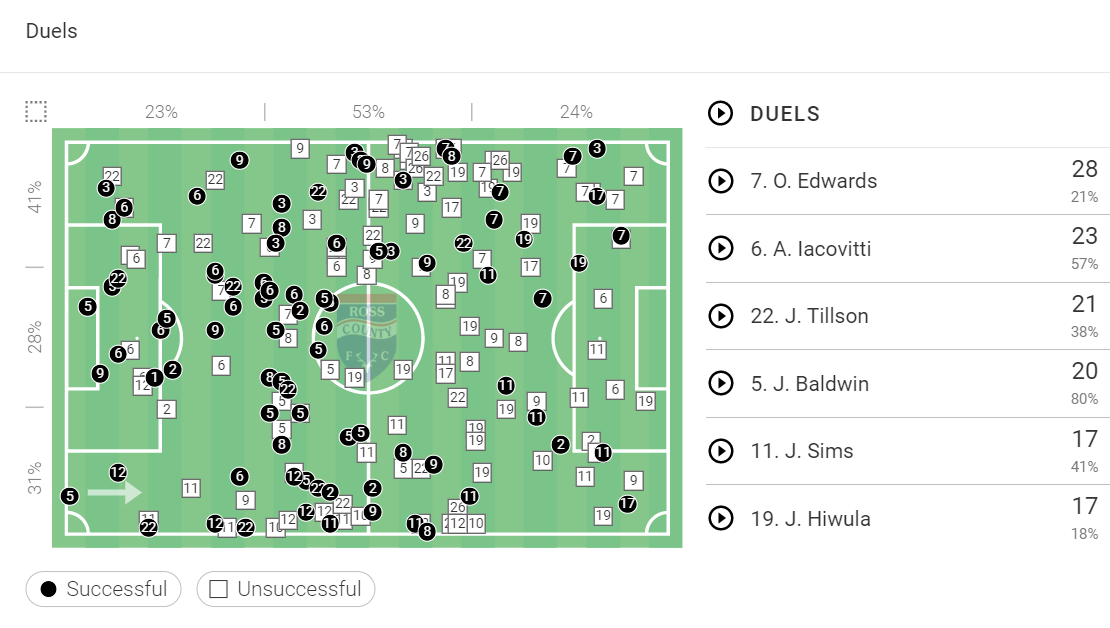 The visitors won 97 of the 222 duels contested. They also won most of the duels in the middle third but inside their half. Ross County players lost their duels inside the opposition’s half and failed to create constant pressure on the defence. 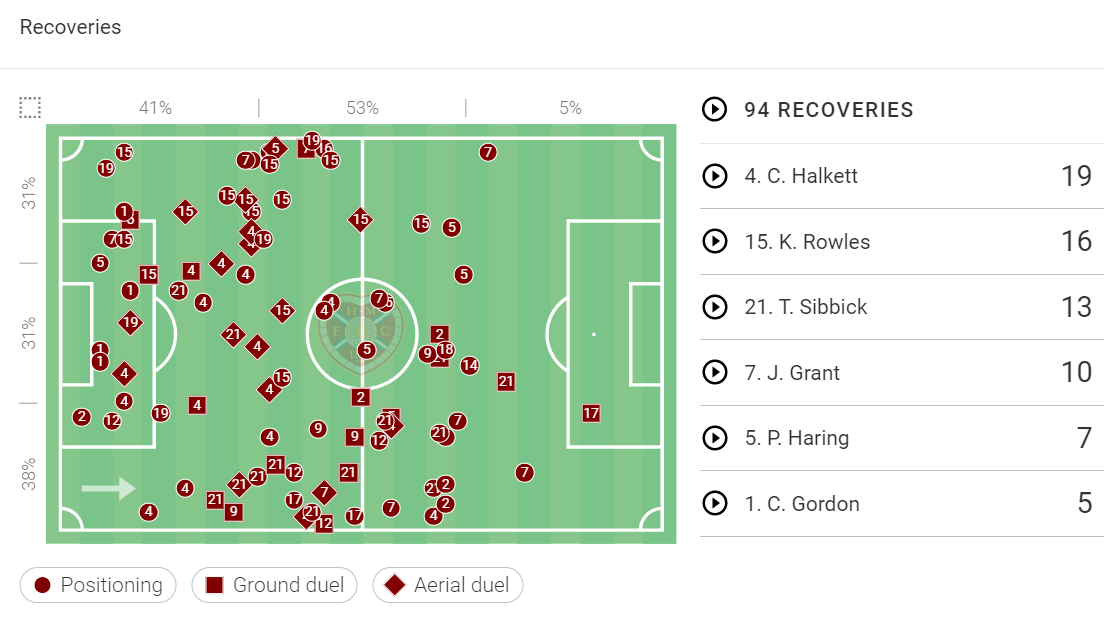 Hearts made 94 recoveries, with 50 coming in the middle third and 37 in the defensive third. Craig Halkett made the most recoveries. The home team also made 46 interceptions and ten clearances. 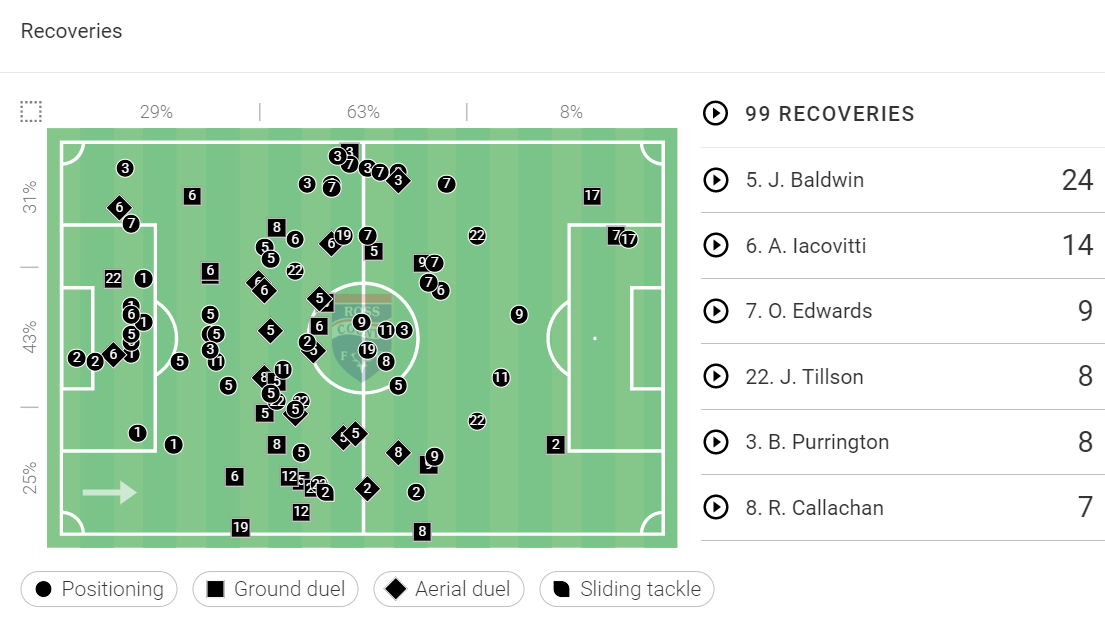 Ross County players made 99 recoveries, with 63 coming in the middle third. Jack Baldwin made the most recoveries in the match. His team also made 61 interceptions and 18 clearances.

Hearts had to fight hard till the last minute of the match to secure three points from the game. Ross County struggled to score goals last season, but they showed some improvements this time around. They will look to bounce back in the next match.