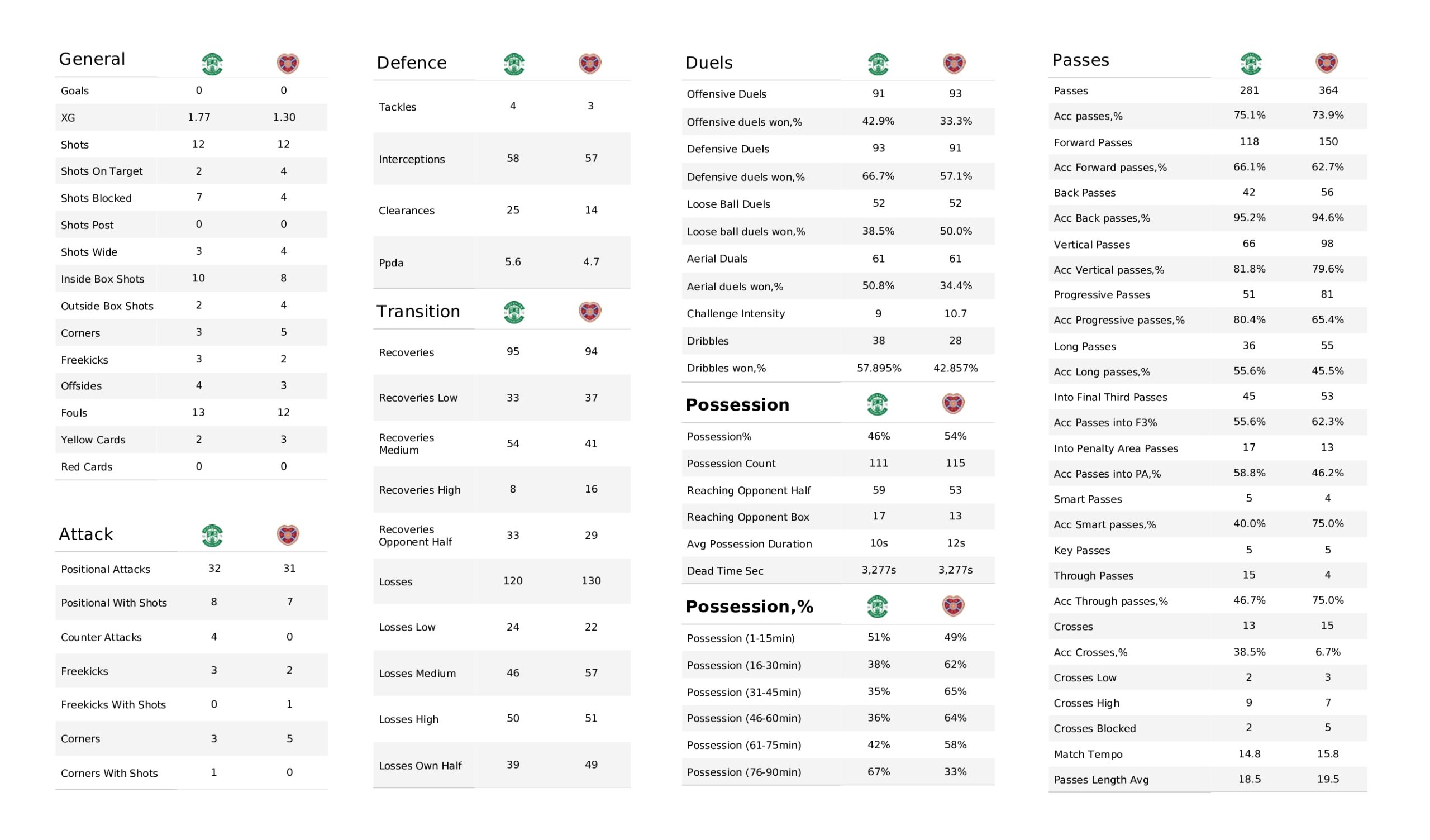 Hibernian had a higher xG than Hearts as they came closer to scoring a goal. Both teams had a low PPDA value, but Hearts were slightly better than their opponents as they had a PPDA of 4.7. Hearts also had more possession of the ball and completed more passes than the Hibs.