Livingston returned to winning ways after making a comeback against Hibernian in the Scottish Premiership. Jack Fitzwater and Alan Forrest scored a goal each in the second half to hand their side a 3-2 victory away from home.

How many crosses were attempted by Hibernian players? Who attempted the highest number of shots for Livingston? 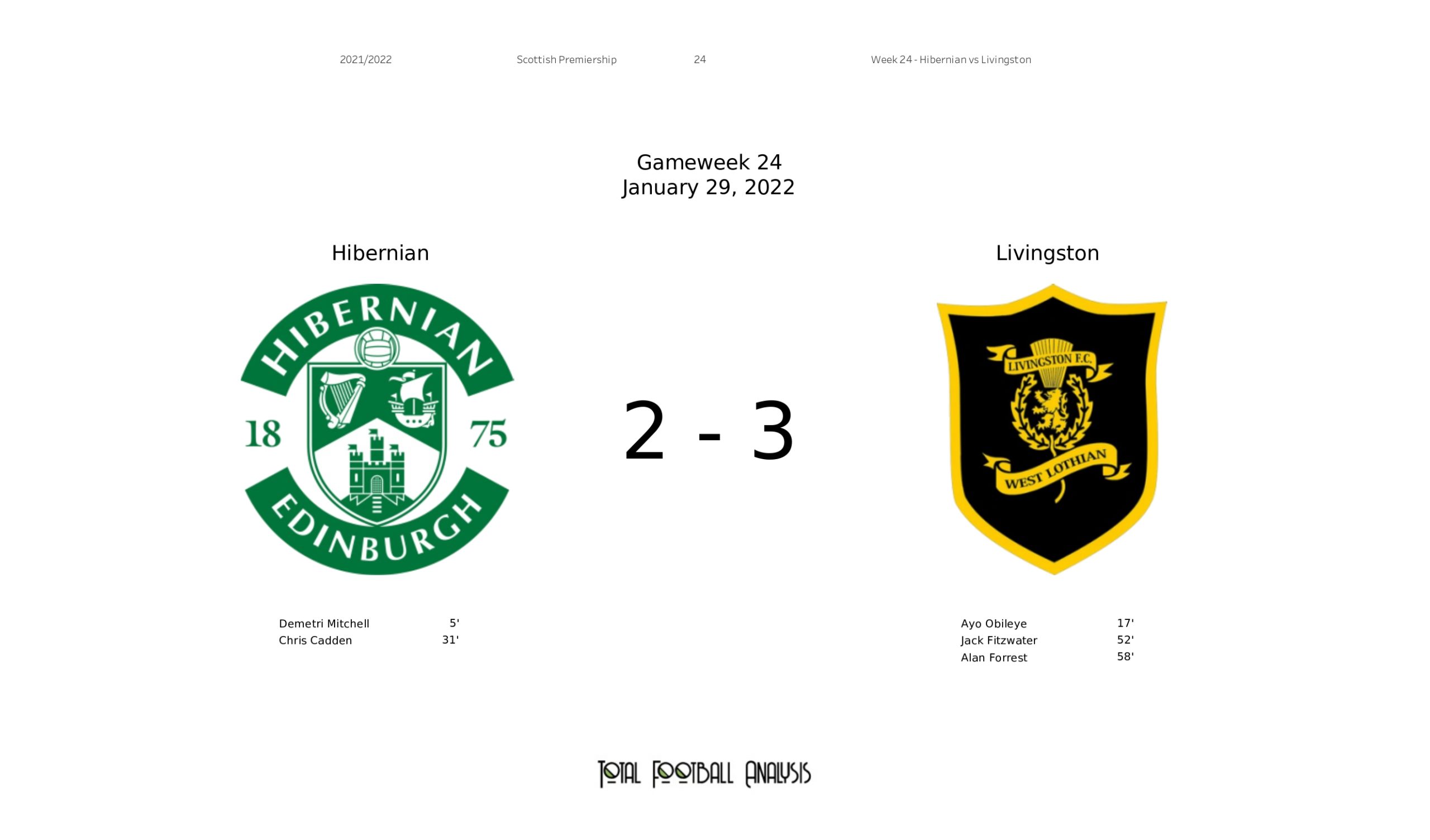