Celtic continued to show dominance in the Scottish Premiership after claiming a 5-0 victory over newcomers Kilmarnock. The Celts opened the scoring in the 7th minute and scored three goals in the first half. They are at the top of the table and remain one of the two teams with a 100% record in the league. Kilmarnock, on the other hand, have one point in three games, but they have already faced Rangers and Celtic in the league.

What were the shooting zones for Kilmarnock? How many smart passes were attempted by Celtic? 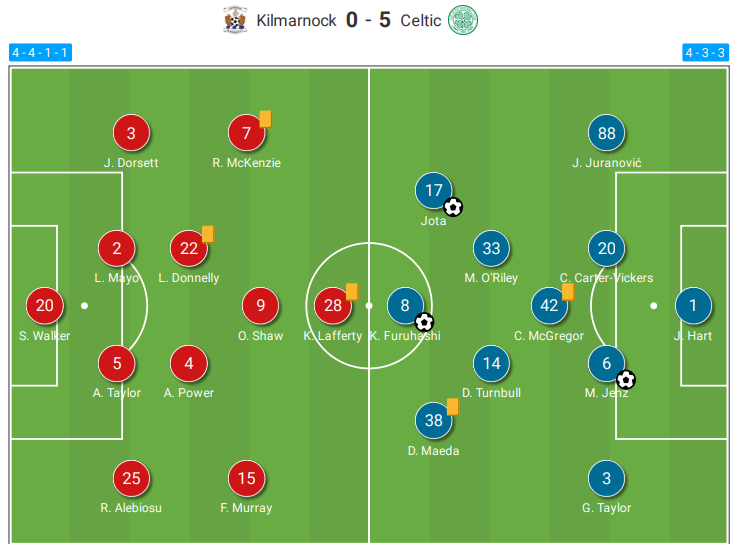