St. Johnstone earned their first victory of the season after a 2-1 victory away at Motherwell in the Scottish Premiership. The visitors opened the scoring in the 28th minute and were looking to take three points easily. An own goal by Graham Carey in the first minute of injury and stoppage time after the 90th minute broke the hearts of away supporters. Steve May came to the rescue and scored a goal in the 4th minute of injury time to take three points away.

What were the tactical changes made by Motherwell’s manager during the game? How many defensive duels were won by St. Johnstone players? 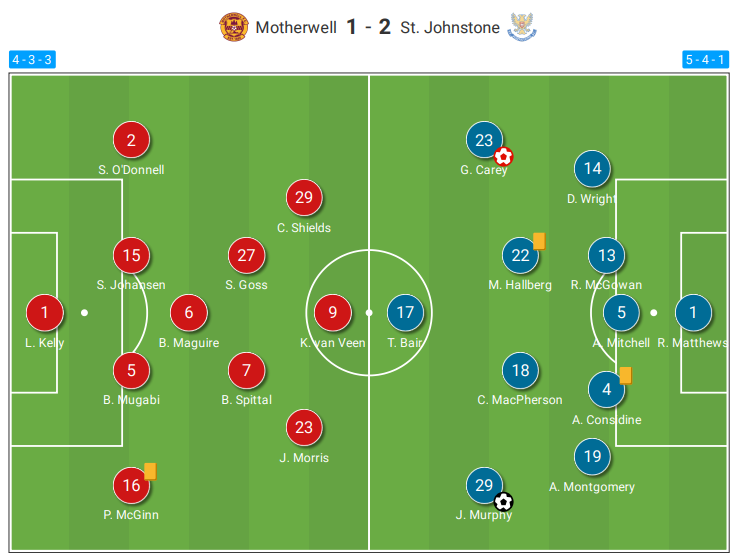