Motherwell played out a six-goal thriller against St. Mirren and secured a 4-2 victory in the Scottish Premiership. Of these six goals, five were scored in the first half.

How many positional attacks were created by Motherwell? What were the xT creation zones for St. Mirren? 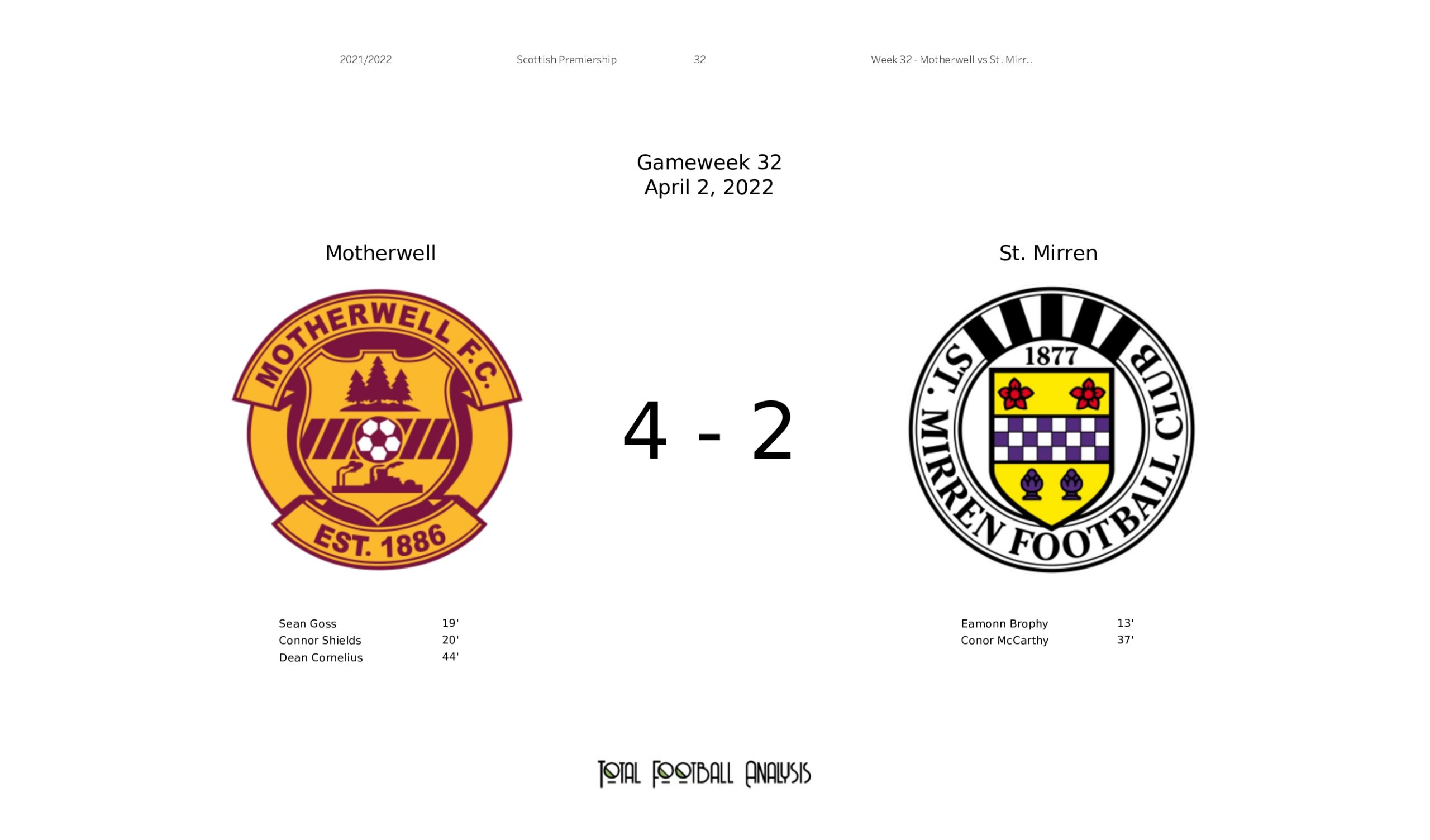