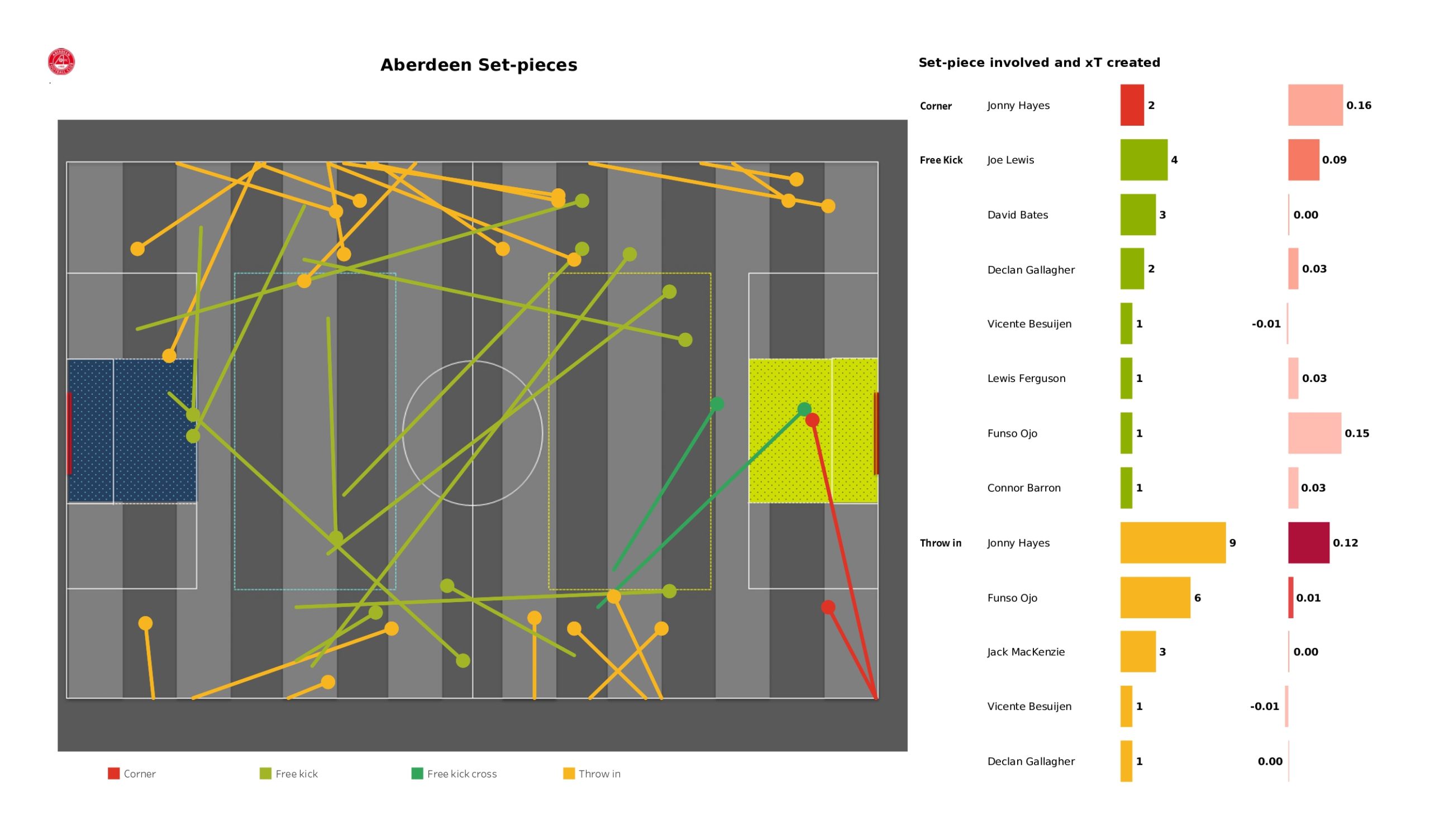 Jonny Hayes was behind the two corners won by the Dons. Aberdeen players won three free-kicks inside the opposition’s half.

Rangers created a lot of threats but were unable to hit most of their shots on target. Their only shot on target was converted into a goal.

If you want to download the stats report in PDF format you can do so here: Scottish Premiership Stats: Rangers vs Aberdeen