Rangers earned back-to-back victories after a comfortable 2-0 victory over Hibernian in the Scottish Premiership. James Tavernier scored a penalty in the first half and set up a goal in the second, which was scored by Alfredo Morelos.

How many recoveries were made inside the opposition’s half by Rangers? How many shots were attempted by Hibernian? 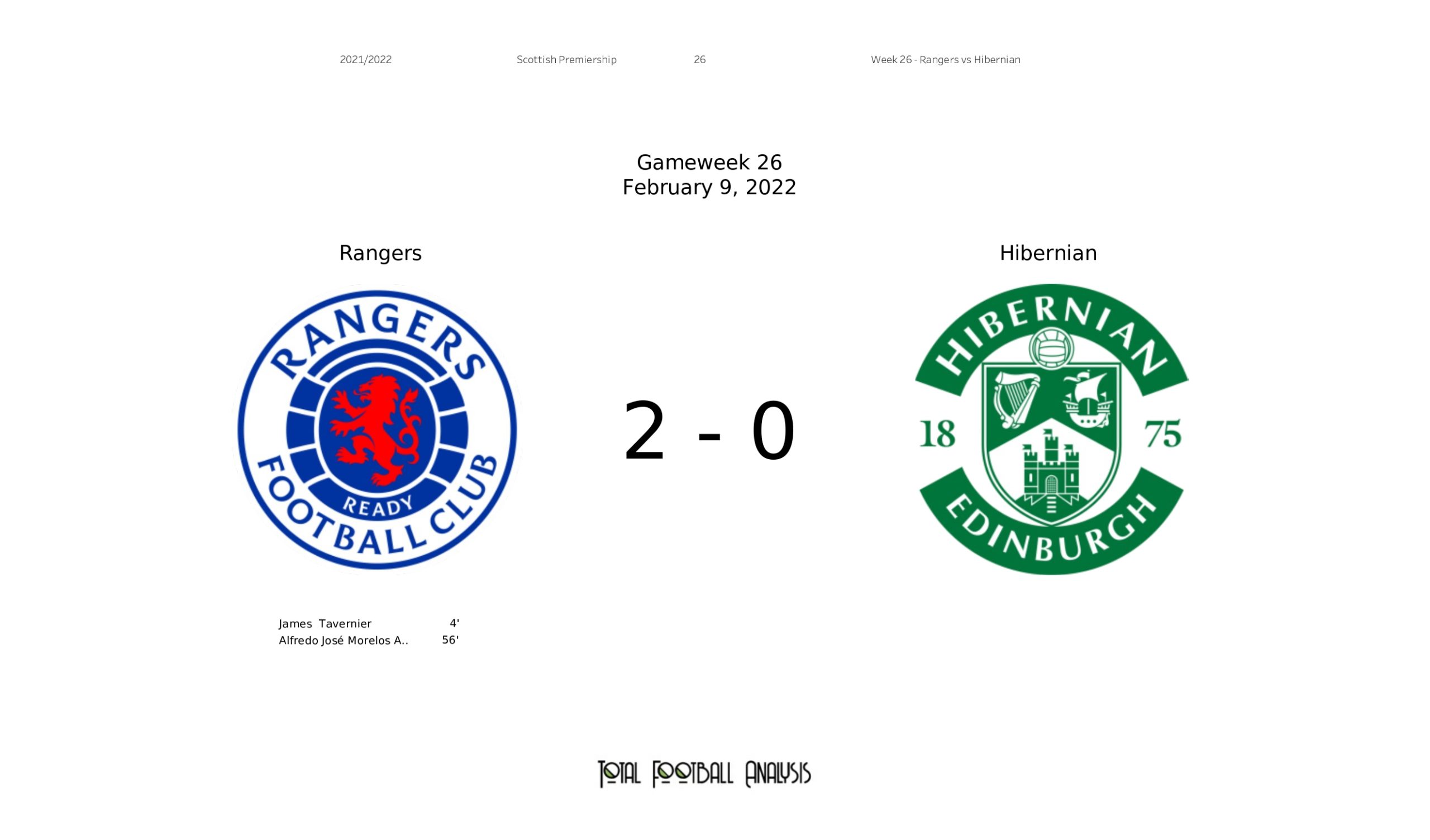