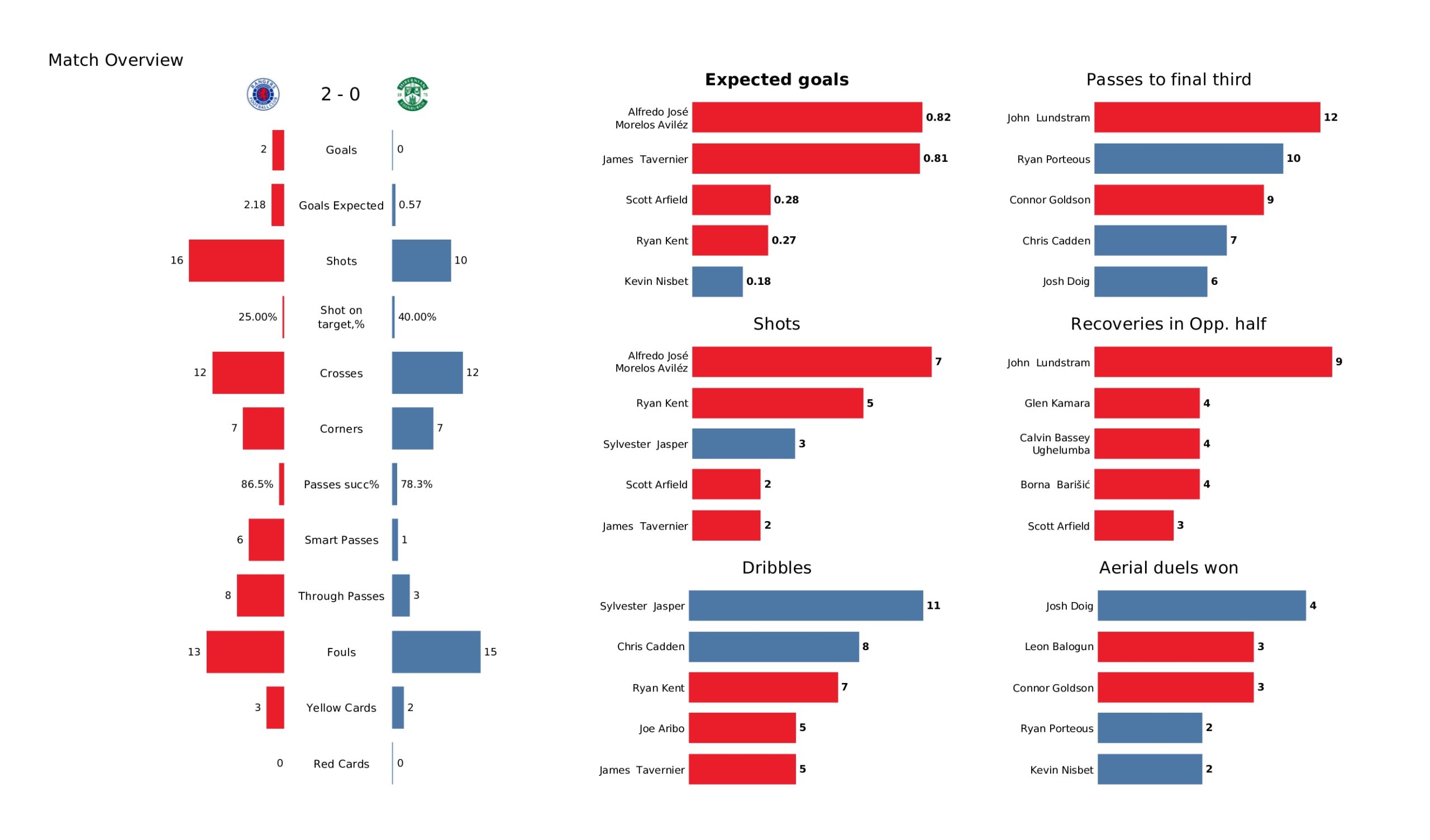 Alfredo Morelos attempted the highest number of shots in the match. The forward attempted seven shots with an xG rate of 0.82. John Lundstram dominated the Rangers midfield, and he made nine recoveries inside the opposition’s half. Sylvester Jasper attempted 11 dribbles and three shots for the away side.