Motherwell scored two goals in the second half to earn a 2-2 draw against Rangers in the Scottish Premiership. Rangers have now drawn two consecutive matches in the league, and Giovanni van Bronckhort’s men have failed to close the gap on league leaders Celtic.

How many shots were attempted by Rangers? Which Motherwell player created the highest threat from passes? 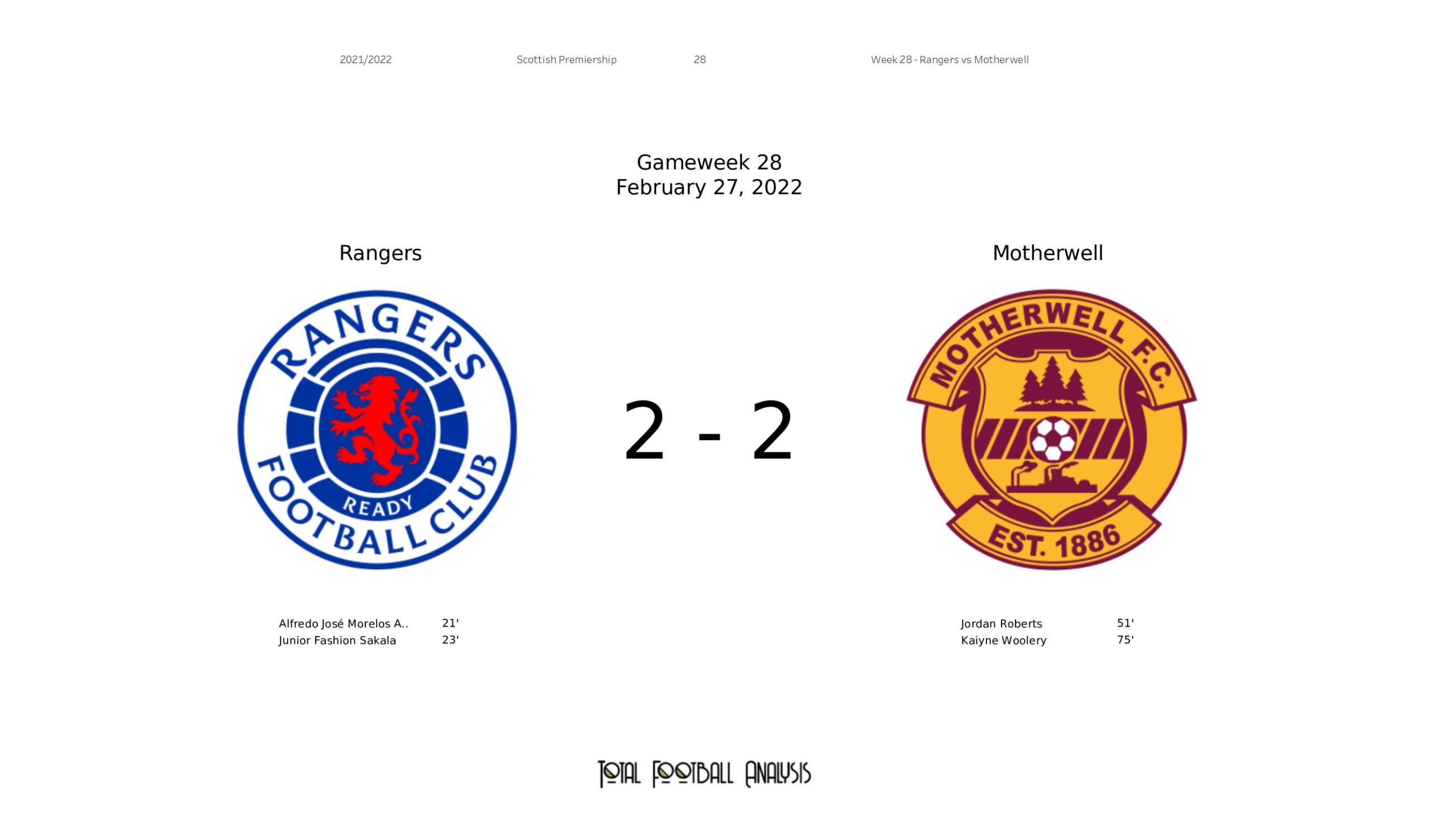