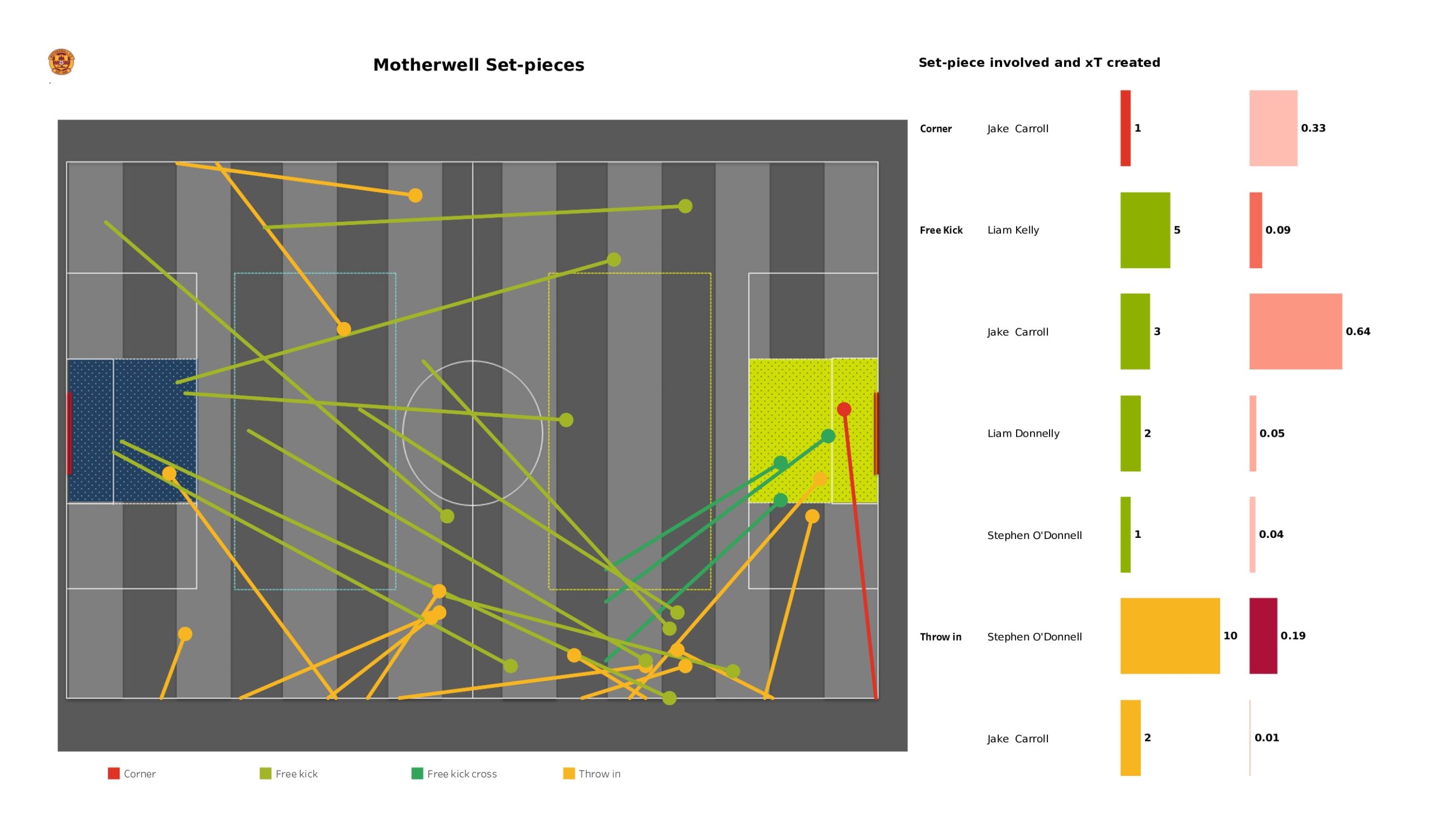 Motherwell players won one corner in the match, and that was from the right side. Stephen O’Donnell attempted two long throws into the opposition’s penalty box.

Rangers attempted more shots but were unable to score a goal and secure a victory for themselves. They are still three points behind Celtic.

If you want to download the stats report in PDF format you can do so here: Scottish Premiership Stats: Rangers vs Motherwell