Celtic left it late to earn a 3-1 victory away at Ross County in the Scottish Premiership. The defending champions have now won back-to-back matches in the league. Kyogo Furuhashi opened the scoring for the home team in the second half. They soon conceded an equaliser and had to wait till the 84th minute to score a winner. Liel Abada scored the third goal in injury and stoppage time.

Which Ross County player won the most duels? How many shots did Celtic attempt from inside the opposition’s penalty box? 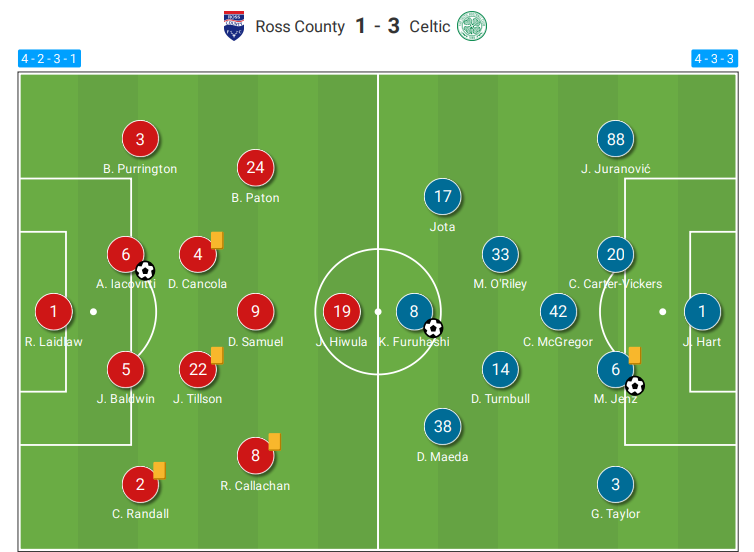