Dundee United finished fourth in the Scottish Premiership table after making a comeback 2-1 victory over Ross County. Dundee United ended the Championship Round with two wins, one draw, and two losses. Ross County, on the other hand, have just collected a single point in the last five matches played.

How many shots were attempted by Ross County in the second half? Who made the most recoveries inside the opposition’s half for Dundee United? 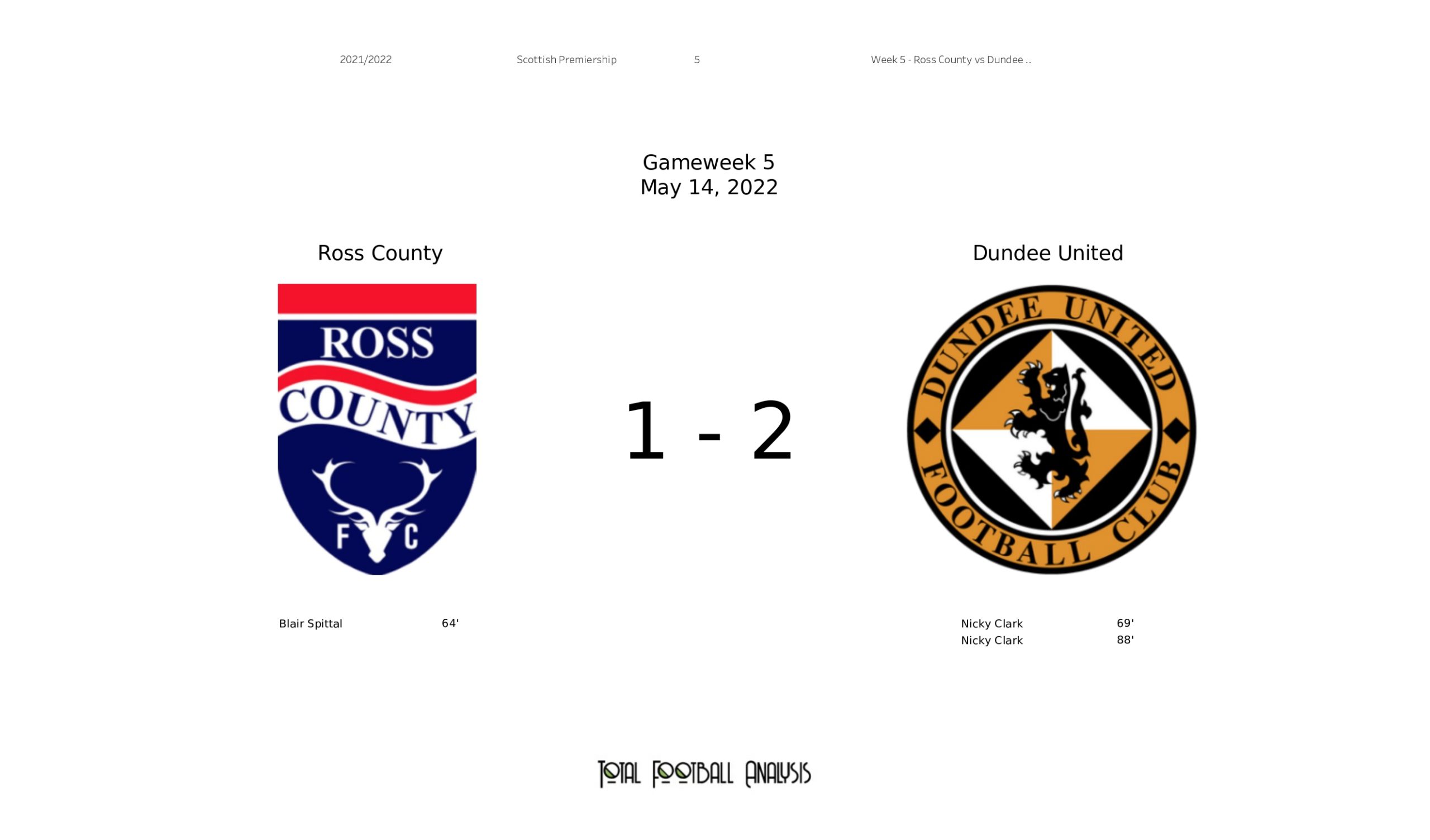