Rangers’ lead at the top of the Scottish Premiership table is cut to two points after a 3-3 draw against Ross County. Matthew Wright scored an equalizer in injury and stoppage time to earn a point for his team.

How many shots were attempted by Ross County players from inside the opposition’s penalty box? Who attempted the most number of shots for Rangers? 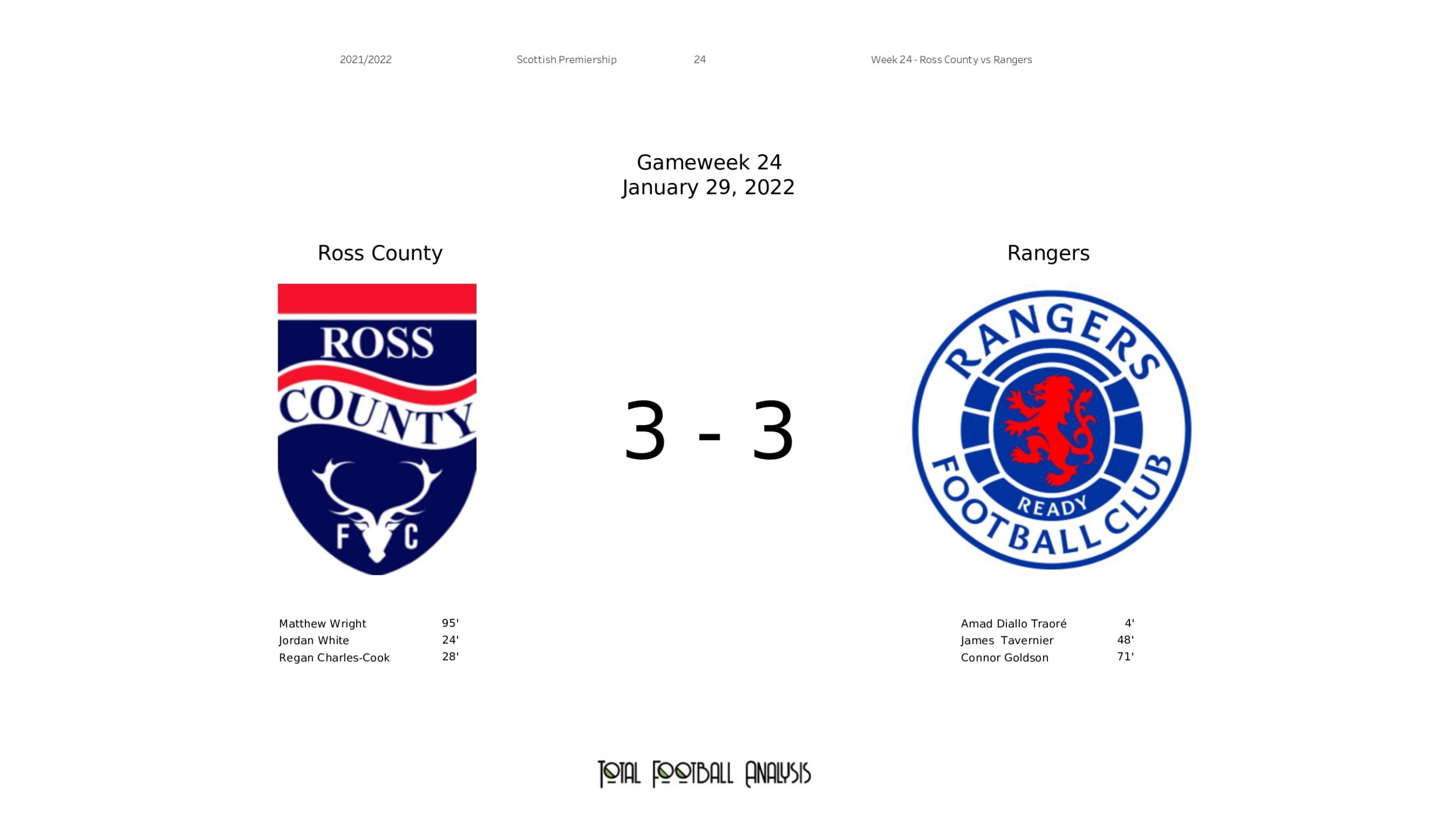