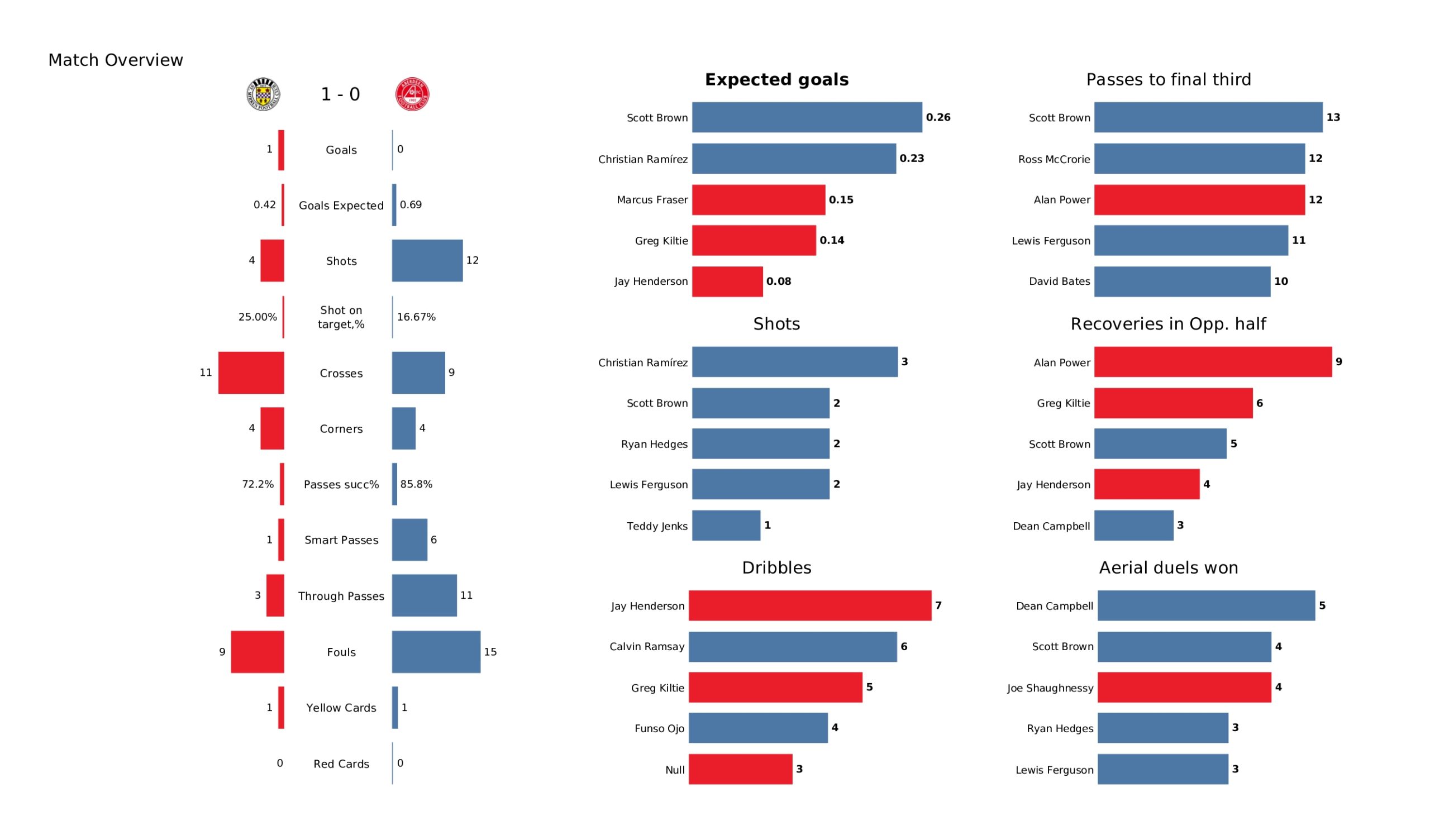 St. Mirren were more accurate with their shots, as indicated by their shot accuracy of 25%, compared to Aberdeen’s 16.67%. Scott Brown led the xG chart, followed by Christian Ramirez. The latter also took the highest number of shots. Alan Power made nine recoveries in the opponent’s half while Dean Campbell won the most number of aerial duels.