A first-half goal from Kevin van Veen earned Motherwell all three points against St. Mirren in their opening fixture of the Scottish Premiership 2022/23 season. The visitors were reduced to ten men in the latter stages of the match, but they managed to defend their goal. Some of the stats below show the performances of both teams in the match. 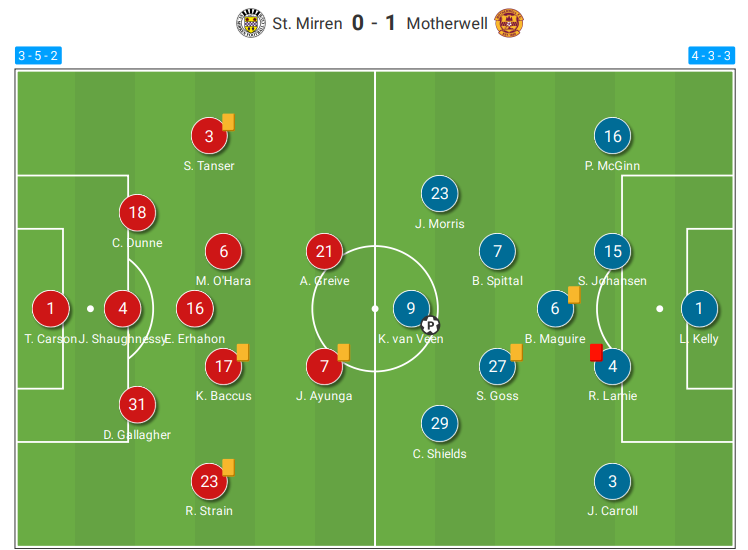 The home team played with two strikers and maintained their formation throughout the match. Greive was replaced by Curtis Main for the last phase of the match. St. Mirren kept the ball more and had 52.65% ball possession. The team attempted 349 passes, of which 254 were successfully delivered.

Motherwell also maintained their 4-3-3 formation until they got a red card and the manager made some changes to the attack. The team played in a 4-2-2-1-2 formation with two midfielders playing a deeper role. The visitors had 47.35% ball possession and attempted 328 passes, with 238 being successfully delivered.

St. Mirren’s players attempted 15 shots with a 33.33% shot accuracy rate. They failed to hit the target on six occasions, and four of their shots were blocked by the opposition players. All the shots on target were towards the goalkeeper, and one shot was placed on the right side of the keeper. 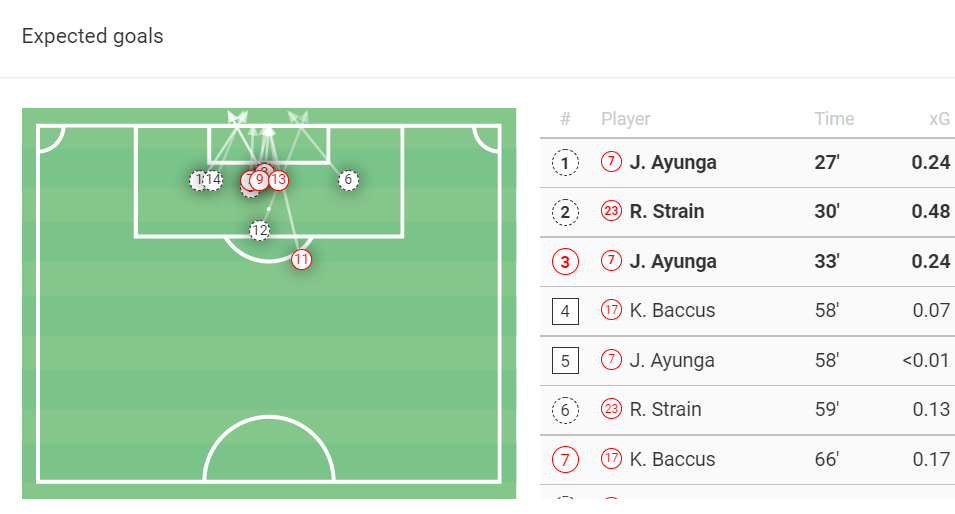 Motherwell players attempted eight shots with a low accuracy rate of 25%. Kevin van Veen scored the only goal of the match from the penalty spot. His penalty was shot towards the left side of the goalkeeper. 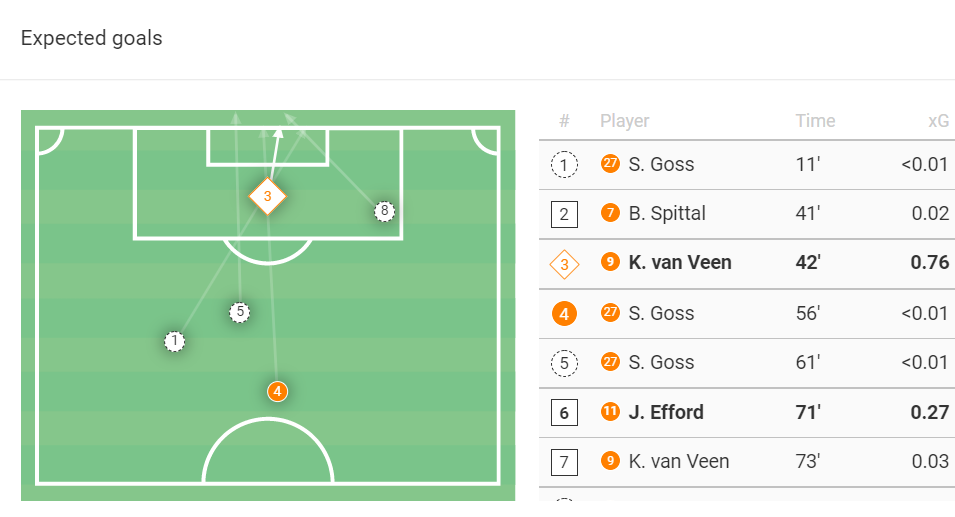 The visitors had an xG rate of 1.12. The above viz shows the five shots that were on and off target. Van Veen’s penalty created the highest xG rate. The other shot on target was attempted from a long range. 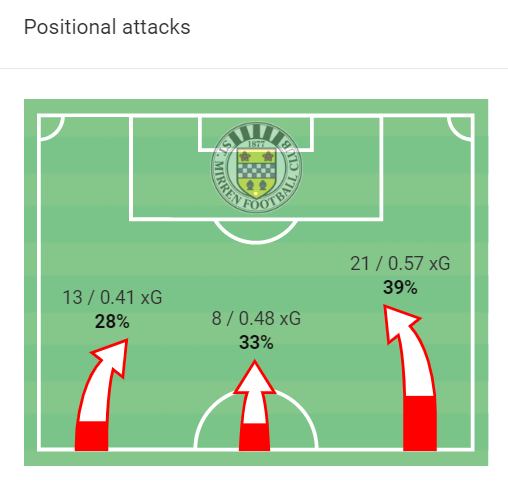 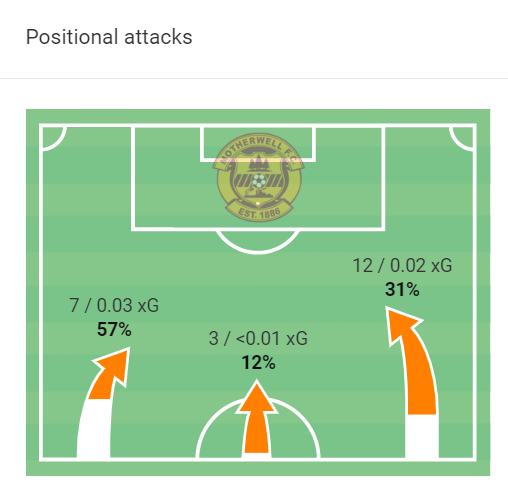 Motherwell players created fewer chances as they were involved in only 22 positional attacks and a counterattack. They were only successful four times, and like the home team, Motherwell also created threats from the right side. 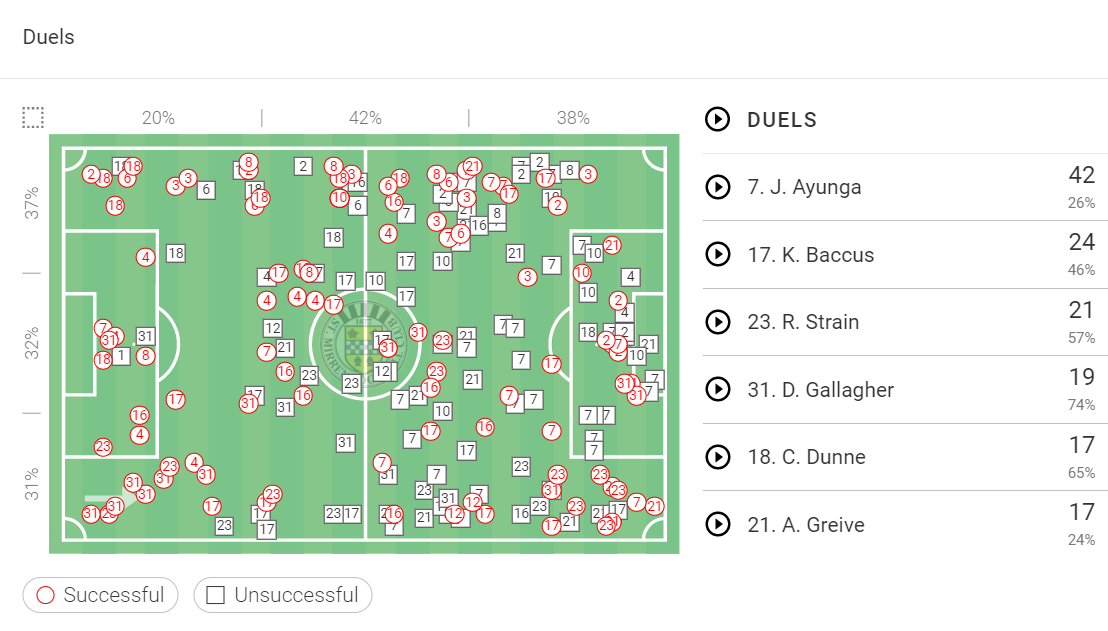 Both teams contested 213 duels, with St. Mirren winning 106 of them. The above viz shows all the duels that the home team contested. St. Mirren had a high duels win percentage in the defensive third but failed to win most of the duels inside the opponent’s half, especially in the middle. These duels included 56 defensive and 69 aerial duels. The players won 71.43% of defensive duels and 37.68% of aerial duels. 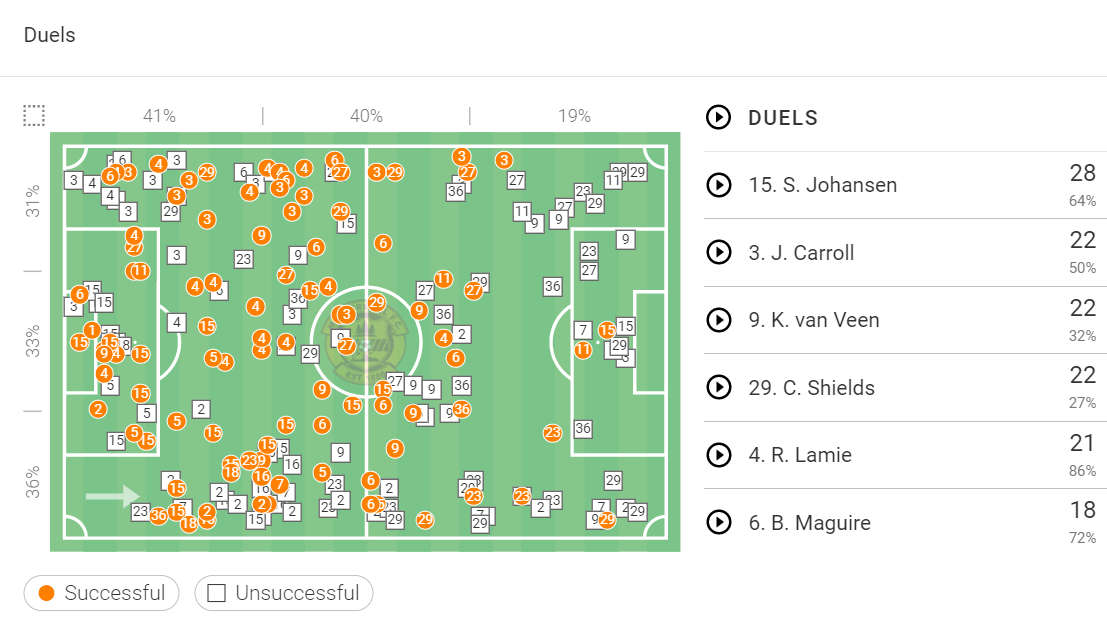 Motherwell players won 103 duels, most of them inside their half. The visitors also failed to win duels inside the opposition’s half. They contested 61 defensive and 69 aerial duels. The win percentage was high for both duels, as the visitors won 54.1% of defensive duels and 62.32% of the aerial duels. 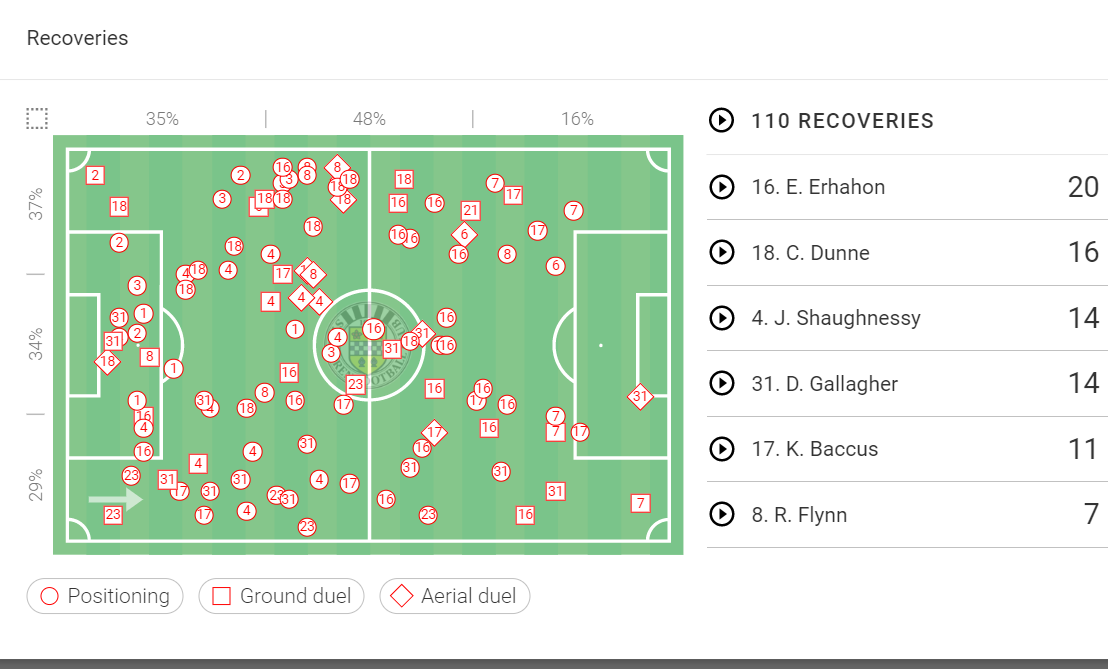 The home team made 110 recoveries, with 53 coming in the middle third and 20 in the attacking third. Defensive midfielder Ethan Erhahon made the most recoveries. Other than this, the home team made 53 interceptions and 27 clearances. 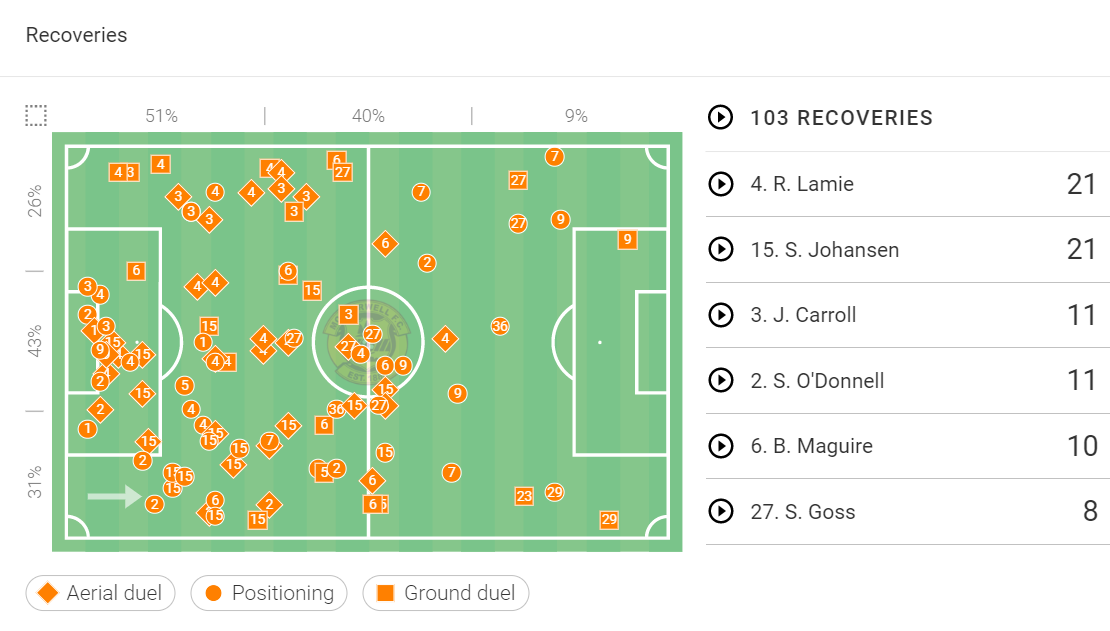 Motherwell players won 103 recoveries, with 51 coming in the defensive third. Ricki Lamie and Sondre Johansen made the most recoveries for the visitors. Motherwell players also made 44 interceptions and 38 clearances to move the ball away from the danger zones.

St. Mirren dominated the match but failed to beat the opposition’s keeper. They were the more attacking team but lacked that goalscoring touch. St. Mirren will look to bounce back in the next fixture. The Motherwell players had a decent outing but still need to make some improvements in their game. They will look to come up with a better performance in the next match.