Terell Thomas is a free agent after the expiry of his short-term contract with EFL Championship side, Reading. He started the season with EFL League One side Crewe. However, at the end of January, the player’s contract was terminated with his consent. He joined Reading after that and is now available as a free agent. Both Scottish Premiership sides, Hibernian and Motherwell, have shown an interest in the 26-year-old centre-back. Thomas is also on the hunt for first-team football, and he could become a part of the Scottish league. Some of the stats from last season show what the player could provide to the team if he signs for either of the clubs. 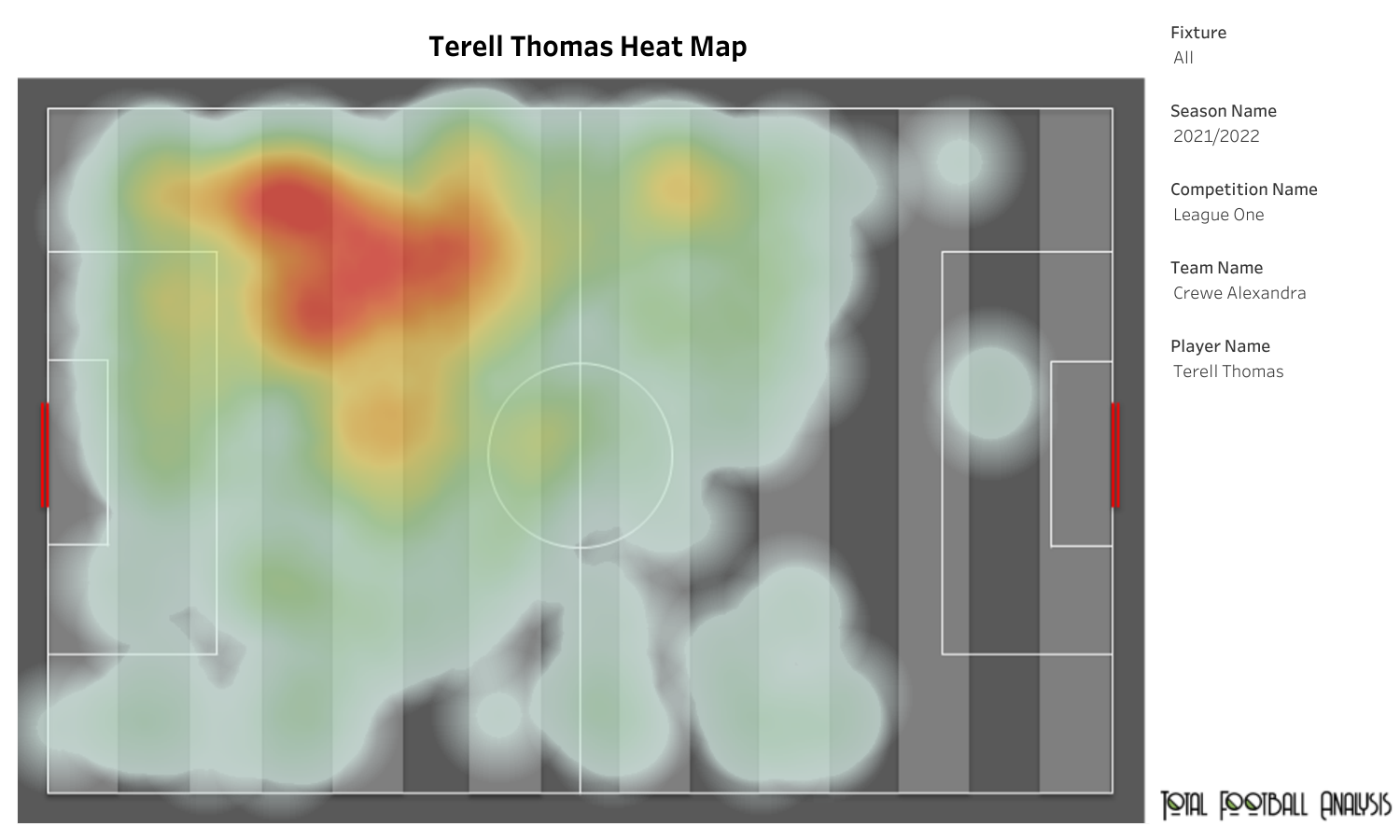 Thomas made 23 appearances last season in all competitions. He made only two appearances for Reading after joining them in March. The above viz shows the heat map of the player in 13 EFL League One appearances for Crewe. The defender featured as the left centre-back and sometimes played a high line to support the attack. 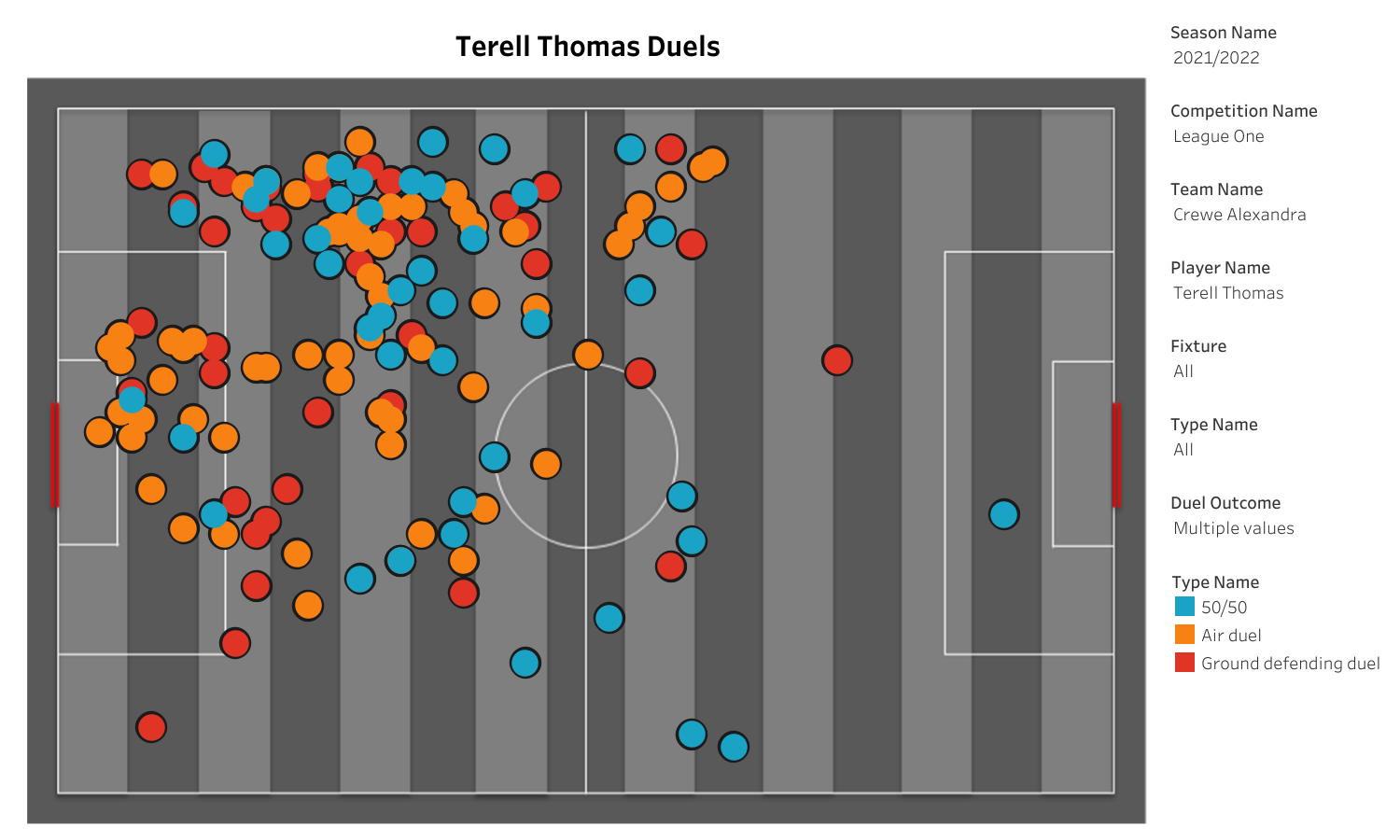 Crewe were relegated from the league last season after finishing at the bottom of the table. They only kept one clean sheet. Thomas averaged 12.36 defensive actions per 90 minutes and had a success rate of 83.87%. He contested 5.5 defensive duels, 7.25 aerial duels, and 4.62 loose ball duels per 90 minutes. The above viz shows all the duels that the player won. Thomas won 27.5% of defensive duels, 59.3% of aerial duels, and 48.28% of loose ball duels. He gave defensive cover to the left-back and won a few duels towards that side. Thomas has won a few aerial duels; he could be handy on set-pieces. 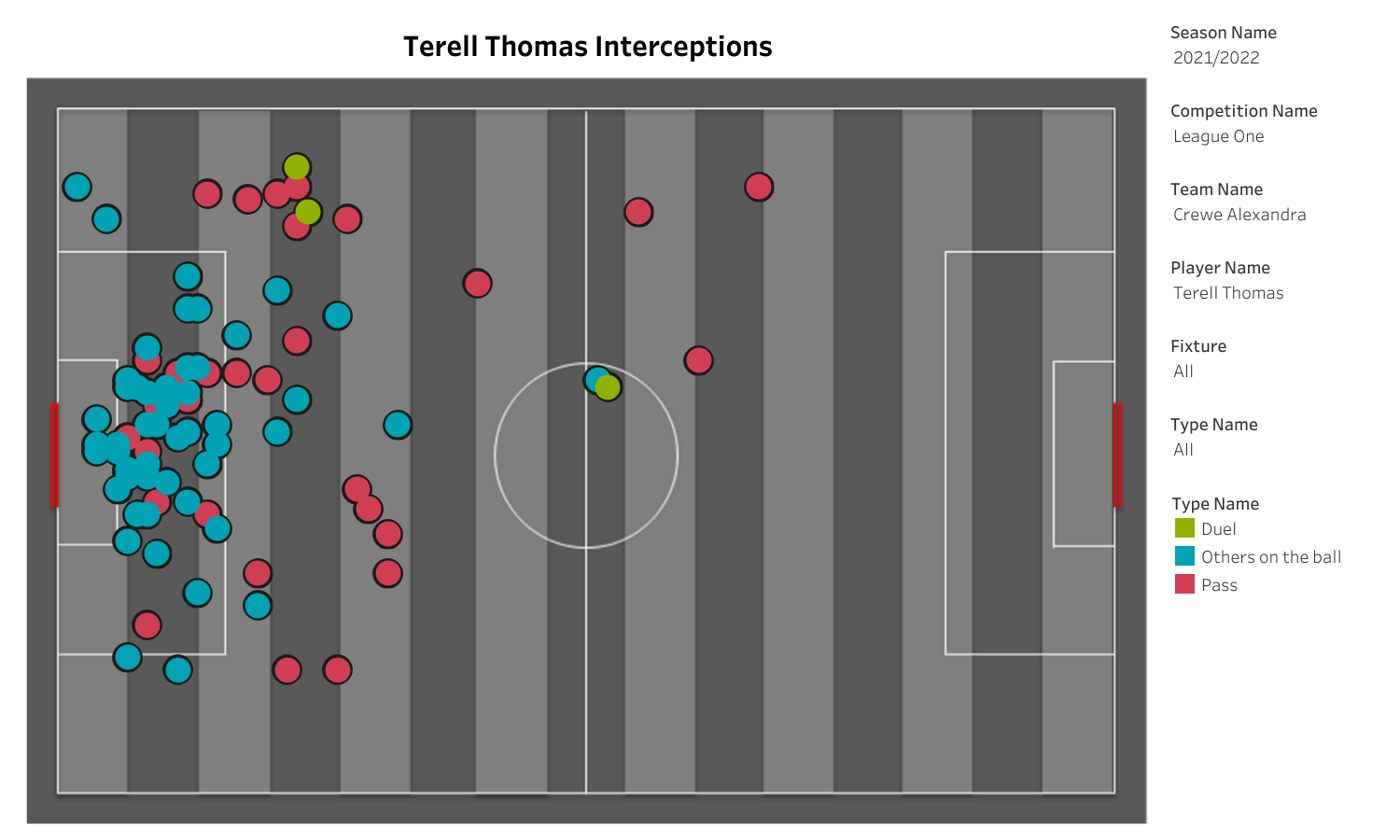 The centre-back has played 89 games in the EFL League One. He has a bit of experience and could be a handy addition to the Scottish Premiership teams. They would like to sign him before the start of the season for him to settle into the team and fight for a place in the first team.